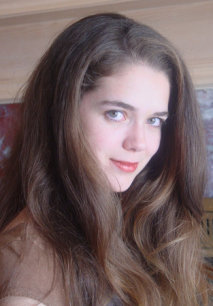 Jennifer Lynn Barnes
I’ve wanted to be a writer for pretty much as long as I can remember. In fact, aside from a brief flirtation with the idea of being a veterinarian when I was four, being a professional writer has been my ultimate dream job (and, for that matter, my ultimate dream) for more or less my entire life. Along with my dislike of chocolate (I know, I’m a freak) and my love of all things sparkly, my passion for fiction–books, television, movies, and more–has probably been one of my most enduring character traits, and one of the ones that has most defined me as a person.

The summer I was 19, I wrote Golden, the story of a girl named Lissy who moves cross-country and lands right smack dab in the middle of the world’s scariest and most intimidating high school social hierarchy. Like Lissy, I changed schools at the start of my high school career. Unlike Lissy, however, I had to find my place at my new school without the aid of any kind of supernatural power.

I’ve always been fascinated with the supernatural. When I was little, I used to watch Bewitched on television and wonder why it didn’t work when I twitched my own nose. In the third grade, I read Roald Dahl’s Matilda and spent an embarrassing amount of time trying to move things with the power of my mind. I love mythology, fairy tales, ghost stories, and the idea that there might be more out there than any of us can logically explain.

When I sit down to write a book, I usually start out with a supernatural concept–like aura vision or the idea of mystical tattoos capable of giving their wearers super powers–and then I think about my own experiences in life and try to identify an aspect of teen experience that fits with that particular slice of the supernatural. In Golden, Lissy’s ability to see auras gives her insight into the behavior of others, so I chose to throw her into the world of high school cliques, where her power would be both a blessing and a curse.

All of my characters lead double lives as normal teens in the every day teen world that have to deal with some pretty fantastical things. In many ways, I relate. Not because I have powers of my own (sadly, if I do have any super powers, they are as yet unidentified), but because throughout college, I lived my own double life–as a novelist and a student. I loved Yale, and didn’t want to miss out on any of my four years there, so more often than not, I was a college student by day and a writer by night, doing most of my writing between two and four in the morning, after everyone else had gone to sleep.

I’m a big believer that a writer has to be, first and foremost, a person who is out there in the world, experiencing life, and that is exactly what I try to do.
Read More +
1 results   page 1 of 1   view sort by 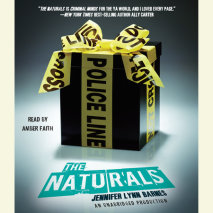 audio
The Naturals
Author: Jennifer Lynn Barnes | Narrator: Amber Faith
Release Date: November 05, 2013
Seventeen-year-old Cassie is a natural at reading people. Piecing together the tiniest details, she can tell you who you are and what you want. But, it's not a skill that she's ever taken seriously. That is, until the FBI come knocking: they've begun...
ABOUT THIS AUDIOBOOK
$23
ISBN: 9780804167710
Unabridged Download 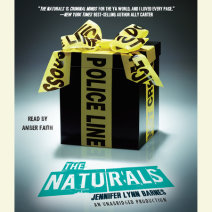