home
x
Laura Resau
Years ago, while I was teaching English in Mexico and backpacking around Latin America on vacations, I thought, 'Hey, wouldn't it be cool if I spent my whole life traveling around from one country to another?'  I loved the idea of always immersing myself in a new culture, learning a new language, having new adventures.

Alas, I didn't end up doing it.  The homebody in me won out.  I settled down in Colorado and got married and bought a house and formed a close community of friends here.  I still travel as often as I can, but part of me dreams of a completely nomadic existence…

The beauty of writing books (and reading them for that matter)  is that you can lead lots of thrilling, adventure-packed lives instead of just this one.  I started imagining a series about a teen girl named Zeeta, who travels the world with her flighty, English-teaching mom.  Each book would be set in a different country—my way of living a whimsical travelers' life through my characters.

I chose countries that I've felt a special connection with (all places where I wouldn't mind going back to for a "research trip" or two, of course.)  The Indigo Notebook is set in Ecuador, where I'd spent time in indigenous (Indian) villages in the Andes—a region with a breath-taking landscape and fascinating culture.  As with my first two books (What the Moon Saw and Red Glass), many of the people I met and the stories they shared inspired parts of this novel.

In Ecuador, a friend told me that one day, a teenage boy had come to his village looking for his birth family.  All the stranger knew was that he'd been adopted from this village as a baby.  It turned out that he was my friend's biological half-brother, and ended up being embraced by family.  I loved this story for many reasons.

During the year I was writing The Indigo Notebook, I was also in the process of adopting a baby from Guatemala, and imagining how he might feel about his adoption when he grew older.  (Sidenote: He's a wild-haired, adorable toddler now and I love him with every particle of my being!)  So naturally, one of the plots in The Indigo Notebook involves a boy's search for a birth family.  As Zeeta helps Wendell look for his biological parents, they grow closer, but find themselves facing obstacles and danger and mystery along the way.

Ultimately, The Indigo Notebook is about what happens when your biggest wish is about to come true… and then you wonder if it's what you truly want after all.  There might be something better…


With a background in cultural anthropology and ESL-teaching, Laura Resau has lived and traveled extensively in Latin America - experiences which inspired her books for young people. Her latest children's novel, Star in the Forest, was praised as "a child's migration story with simple immediacy... an unforgettable narrative" (Booklist, starred.) Her previous young adult novels - The Indigo Notebook, Red Glass, and What the Moon Saw - have garnered many starred reviews and awards, including the IRA YA Fiction Award, the Americas Award, and a spot on Oprah's Kids' Book List. Acclaimed for its sensitive treatment of immigration issues, Resau's writing has been called "vibrant, large-hearted" (Publishers' Weekly, starred for Red Glass) and "powerful, magical" (Booklist, starred for What the Moon Saw). Resau lives with her husband and toddler in Colorado. She donates a portion of her royalties to indigenous rights organizations in Latin America.
Read More +
2 results   page 1 of 1   view sort by 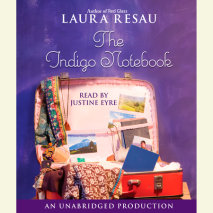 audio
The Indigo Notebook
Author: Laura Resau | Narrator: Justine Eyre
Release Date: October 13, 2009
An exciting new series from the acclaimed author of Red Glass.Zeeta's life with her free-spirited mother, Layla, is anything but normal. Every year Layla picks another country she wants to live in. This summer they’re in Ecuador, and Zeeta is d...
ABOUT THIS AUDIOBOOK
$19
ISBN: 9780307579805
Unabridged Download 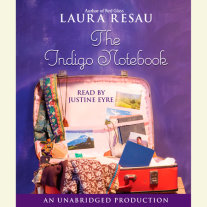 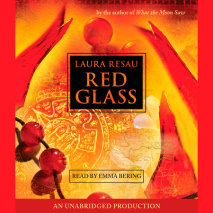 audio
Red Glass
Author: Laura Resau | Narrator: Emma Bering
Release Date: March 10, 2009
With a dazzling and thoughtful voice, this critically acclaimed novel deals directly with the challenges and dangers of immigration, exploring the ties that bind us together in an age when issues threaten to divide us. One night Sophie and her paren...
ABOUT THIS AUDIOBOOK
$22.50
ISBN: 9780739379776
Unabridged Download 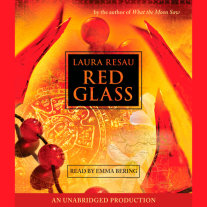