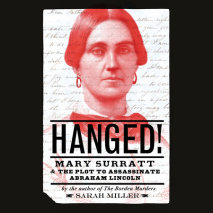 Hanged!
Author: Sarah Miller |
Release Date: November 08, 2022
From the critically acclaimed author of The Borden Murders comes the thrilling story of Mary Surratt, the first woman to be executed by the US government, for her alleged involvement in the plot to assassinate Abraham Lincoln.A dubious distincti...
ABOUT THIS AUDIOBOOK
$23
ISBN: 9780593609637
Unabridged Download 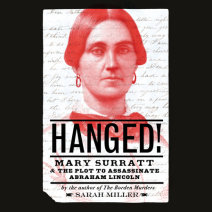 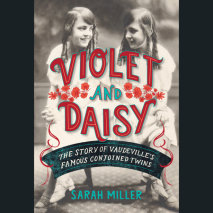 audio
Violet and Daisy
Author: Sarah Miller | Narrator: Cassandra Campbell
Release Date: April 27, 2021
From the author of The Miracle & Tragedy of the Dionne Quintuplets and The Borden Murders comes the absorbing and compulsively readable story of Violet and Daisy Hilton, conjoined twins who were the sensation of the US sideshow circuits in the 19...
ABOUT THIS AUDIOBOOK
$25
ISBN: 9780593343296
Unabridged Download 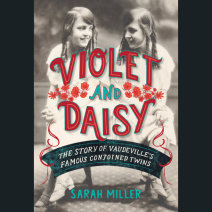 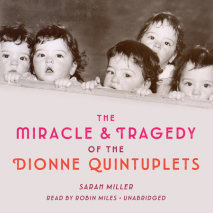 audio
The Miracle & Tragedy of the Dionne Quintuplets
Author: Sarah Miller | Narrator: Robin Miles
Release Date: August 27, 2019
In this riveting, beyond-belief true story from the author of The Borden Murders, meet the five children who captivated the entire world.When the Dionne Quintuplets were born on May 28, 1934, weighing a grand total of just over 13 pounds, no one expe...
ABOUT THIS AUDIOBOOK
$25
ISBN: 9781984884473
Unabridged Download 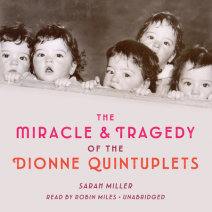 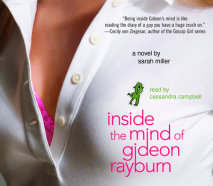 Inside the Mind of Gideon Rayburn
Author: Sarah Miller | Narrator: Cassandra Campbell
Release Date: May 09, 2006
What if you could get inside the head of the boy you love? Hear his every thought? Know his every dream? Listen in on his every fantasy?The narrator of Inside the Mind of Gideon Rayburn can, and she tells us the story of her beloved Gid, an...
ABOUT THIS AUDIOBOOK
$20
ISBN: 9781415935019
Abridged DownloadUnabridged Download 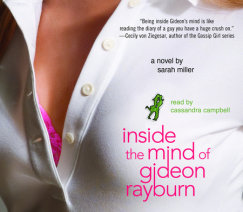