Jonathan Schneer, a specialist in modern British history, is a professor at Georgia Tech's School of History, Technology, and Society. He is the author of five additional books, as well as numerous articles and reviews. A fellow of the American Council of Learned Societies in 1985-86, he has also held research fellowships at Oxford and Cambridge Universities in the UK, as well as at the Erich Remarque Center of New York University. He was a founding editor of Radical History Review and is a member of the editorial board of 20th Century British History and the London Journal. 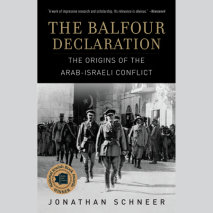 audio
The Balfour Declaration
Author: Jonathan Schneer | Narrator: Nicholas Guy Smith
Release Date: July 11, 2017
Issued in London in 1917, the Balfour Declaration was one of the key documents of the twentieth century. It committed Britain to supporting the establishment in Palestine of “a National Home for the Jewish people,” and its reverberations ...
ABOUT THIS AUDIOBOOK
$27.50
ISBN: 9780525491996
Unabridged Download 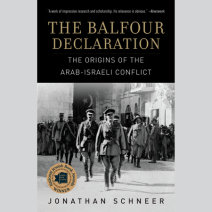