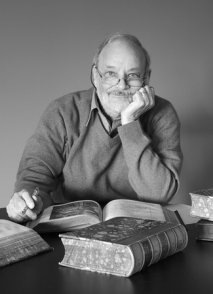 Alan Bradley is the New York Times bestselling author of many short stories, children’s stories, newspaper columns, and the memoir The Shoebox Bible. His first Flavia de Luce novel, The Sweetness at the Bottom of the Pie, received the Crime Writers’ Association Debut Dagger Award, the Dilys Winn Award, the Arthur Ellis Award, the Agatha Award, the Macavity Award, and the Barry Award, and was nominated for the Anthony Award. His other Flavia de Luce novels are The Weed That Strings the Hangman’s Bag, A Red Herring Without Mustard, I Am Half-Sick of Shadows, Speaking from Among the Bones, The Dead in Their Vaulted Arches, As Chimney Sweepers Come to Dust, and Thrice the Brinded Cat Hath Mew’d, as well as the ebook short story “The Curious Case of the Copper Corpse.” 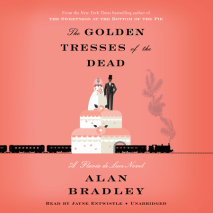 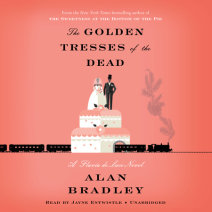 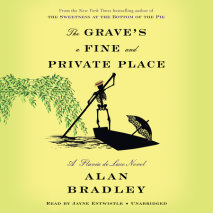 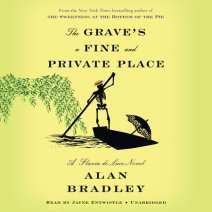 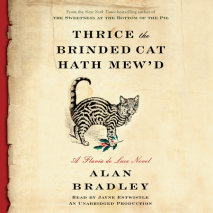 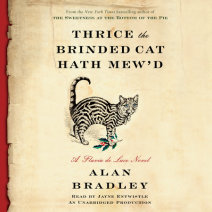 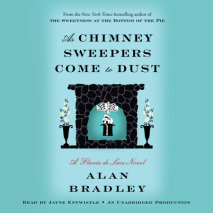 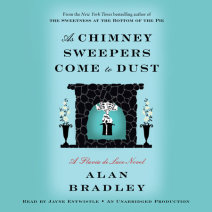 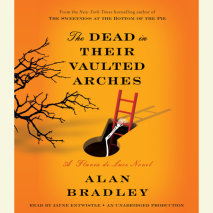 audio
The Dead in Their Vaulted Arches
Author: Alan Bradley | Narrator: Jayne Entwistle
Release Date: January 14, 2014
NEW YORK TIMES BESTSELLEROn a spring morning in 1951, eleven-year-old chemist and aspiring detective Flavia de Luce gathers with her family at the railway station, awaiting the return of her long-lost mother, Harriet. Yet upon the train’s arriv...
ABOUT THIS AUDIOBOOK
$20
ISBN: 9780307879868
Unabridged Download 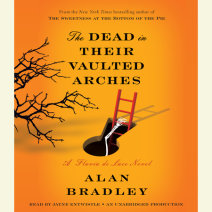 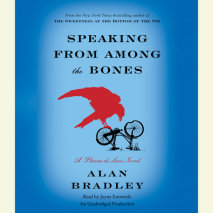 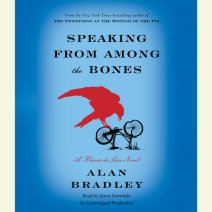 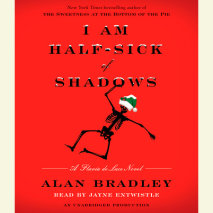 audio
I Am Half-Sick of Shadows
Author: Alan Bradley | Narrator: Jayne Entwistle
Release Date: November 01, 2011
It’s Christmastime, and the precocious Flavia de Luce—an eleven-year-old sleuth with a passion for chemistry and a penchant for crime-solving—is tucked away in her laboratory, whipping up a concoction to ensnare Saint Nick. But she ...
ABOUT THIS AUDIOBOOK
$20
ISBN: 9780307879462
Unabridged Download 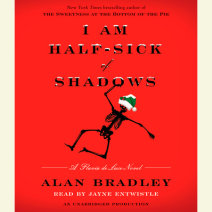 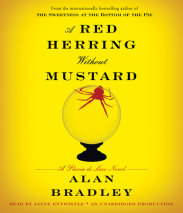 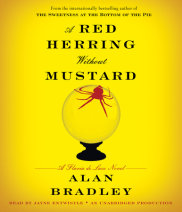 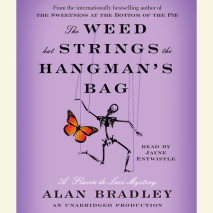 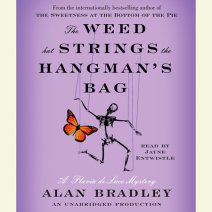 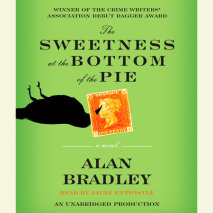 audio
The Sweetness at the Bottom of the Pie
Author: Alan Bradley | Narrator: Jayne Entwistle
Release Date: April 28, 2009
In his wickedly brilliant first novel, Debut Dagger Award winner Alan Bradley introduces one of the most singular and engaging heroines in recent fiction: eleven-year-old Flavia de Luce, an aspiring chemist with a passion for poison. It is the summer...
ABOUT THIS AUDIOBOOK
$17.50
ISBN: 9780739384312
Unabridged Download 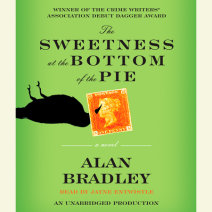