Mike Mignola is best known as the award-winning creator/writer/artist of Hellboy, although he began working as a professional cartoonist in the early 1980s, drawing “a little bit of everything for just about everybody.” He was also a production designer on the Disney film Atlantis: The Lost Empire and visual consultant to Guillermo del Toro on both Blade 2 and the film version of Hellboy. Mignola lives in southern California with his wife, daughter, and cat. 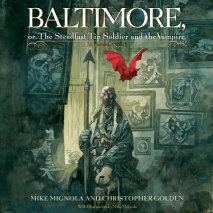 audio
Baltimore,
Author: Christopher Golden and Mike Mignola | Narrator: Colin Mace
Release Date: May 10, 2022
From celebrated comic artist Mike Mignola and award-winning novelist Christopher Golden comes a work of gothic storytelling like no other. Reminiscent of the illustrated tales of old, here is a lyrical, atmospheric novel of the paranormal—and a...
ABOUT THIS AUDIOBOOK
$20
ISBN: 9780593632789
Unabridged Download 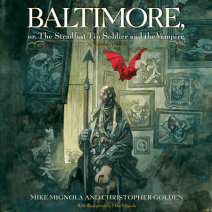