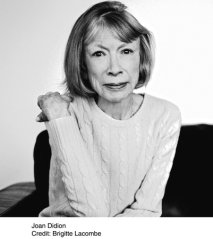 Joan Didion
JOAN DIDION was born in Sacramento in 1934 and graduated from the University of California, Berkeley, in 1956. After graduation, Didion moved to New York and began working for Vogue, which led to her career as a journalist and writer. Didion published her first novel, Run River, in 1963. Didion’s other novels include A Book of Common Prayer (1977), Democracy (1984), and The Last Thing He Wanted (1996).

In 2005, Didion was awarded the American Academy of Arts & Letters Gold Medal in Criticism and Belles Letters. In 2007, she was awarded the National Book Foundation’s Medal for Distinguished Contribution to American Letters. A portion of National Book Foundation citation read: "An incisive observer of American politics and culture for more than forty-five years, Didion’s distinctive blend of spare, elegant prose and fierce intelligence has earned her books a place in the canon of American literature as well as the admiration of generations of writers and journalists.” In 2013, she was awarded a National Medal of Arts and Humanities by President Barack Obama, and the PEN Center USA’s Lifetime Achievement Award. 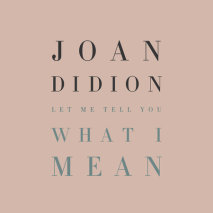 audio
Let Me Tell You What I Mean
Author: Joan Didion | Narrator: Hilton Als and Kimberly Farr
Release Date: January 26, 2021
A NEW YORK TIMES NOTABLE BOOK OF THE YEAR • NEW YORK TIMES BEST SELLER • From one of our most iconic and influential writers, the award-winning author of The Year of Magical Thinking: a timeless collection of mostly early pieces that reveal...
ABOUT THIS AUDIOBOOK
$15
ISBN: 9780593349403
Unabridged Download 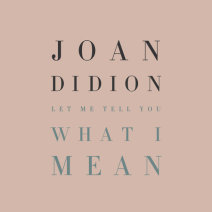 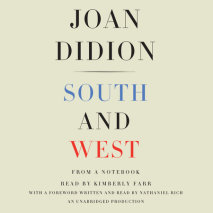 audio
South and West
Author: Joan Didion | Narrator: Kimberly Farr and Nathaniel Rich
Release Date: March 07, 2017
From the best-selling author of the National Book Award-winning The Year of Magical Thinking: two extended excerpts from her never-before-seen notebooks—writings that offer an illuminating glimpse into the mind and process of a legendary writer...
ABOUT THIS AUDIOBOOK
$10
ISBN: 9780525494195
Unabridged Download 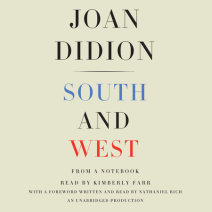 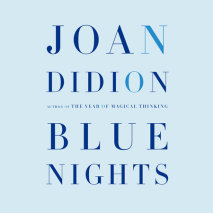 audio
Blue Nights
Author: Joan Didion | Narrator: Kimberly Farr
Release Date: November 01, 2011
From one of our most powerful writers, a work of stunning frankness about losing a daughter. Richly textured with bits of her own childhood and married life with her husband, John Gregory Dunne, and daughter, Quintana Roo, this new book by Joan Didio...
ABOUT THIS AUDIOBOOK
$12.50
ISBN: 9780307940872
Unabridged Download 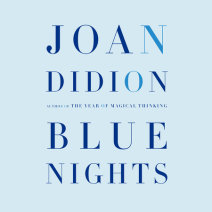