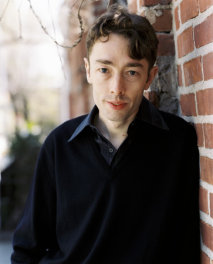 Matthew Skelton
Taking My Imaginary Dog for a Walk

Not many people know this, but I have an invisible dog. It’s my constant companion, a devoted friend. No one else can see it, but I know it’s there. It’s been following me around for years—ever since I was a boy, dreaming of becoming a writer.
My dog is my imagination. And, like real dogs, it requires frequent exercise.

Luckily, there’s a field not far from where I live, and when I need to stretch my creative legs, I’ll head outside, let my imaginary dog off the leash, and allow it to run free. This is how I do my best thinking. As I walk, I toss sticks to my dog. Sticks are ideas. It may be something I’m working on, an image that has caught my mind or a scrape I’ve got one of my characters into, but for a while I’ll lose sight of the world around me and disappear into the story I’m trying to create. And sometimes, while I’m out walking, my dog will return with something in its mouth. It may be the old stick, slightly chewed and slobbery now, but sometimes it’s something much more appetizing: a bigger, better stick—a brand-new idea! That’s when I get really excited and sprint back to my room to continue writing. . . .

I went on hundreds of imaginary dog walks while writing my second novel, The Story of Cirrus Flux. I journeyed to the icy limits of the known world, where I survived a shipwreck and discovered a strange new species of fiery bird; I travelled back in time to eighteenth-century London, where I encountered a diabolical hypnotist and several fiendish scientists, all intent on getting their hands on divine power; and I came across the sympathetic plight of children abandoned at the Foundling Hospital, whose mothers were often too poor to be able to care for them and who left heartbreaking tokens with their babies, so that they might not be forgotten. Along the way I met two remarkably brave young characters, Cirrus and Pandora, whose lives were in grave danger. I hope you enjoy their story.

And now, if you’ll excuse me, I think I’d better take my imaginary dog for another walk. . . . 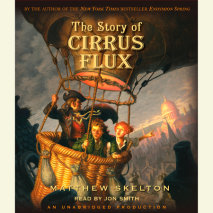 audio
The Story of Cirrus Flux
Author: Matthew Skelton | Narrator: Jon Smith
Release Date: February 23, 2010
London, 1783. Orphan Cirrus Flux is being watched. Merciless villains are conniving to steal the world’s most divine power—The Breath of God—which they believe Cirrus has inherited. Now he faces a perilous journey through the dirty ...
ABOUT THIS AUDIOBOOK
$17
ISBN: 9780307706362
Unabridged Download 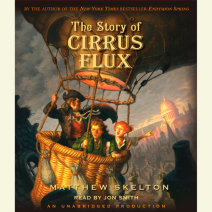 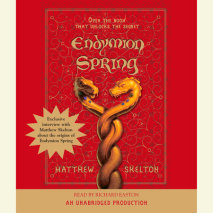 Endymion Spring
Author: Matthew Skelton | Narrator: Richard Easton
Release Date: August 22, 2006
BONUS FEATURE: Exclusive interview with Matthew Skelton about the origins of Endymion Spring."You've stumbled on to something much larger than you can possibly imagine."In the dead of night, a cloaked figure drags a heavy box through snow-c...
ABOUT THIS AUDIOBOOK
$20
ISBN: 9780739336458
Unabridged Download 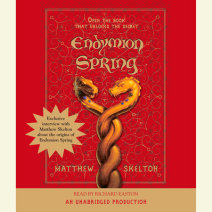