Justin Richards is the Creative Consultant for the BBC's range of Doctor Who books, and has written numerous science-fiction and fantasy novels, including several of the Doctor Who tie-ins. He also writes for stage, screen, and audio, and has cowritten several action thrillers for older children with thriller writer Jack Higgins. Married with two children (both boys), Justin lives and works in Warwick, within sight of one of Britain's best-preserved castles. 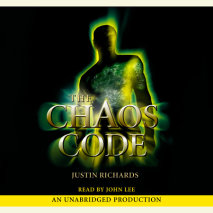 audio
The Chaos Code
Author: Justin Richards | Narrator: John Lee
Release Date: October 09, 2007
Matt Stribling is stuck spending another holiday with his brilliant yet scatterbrained archaeologist father. When Matt arrives to find the place turned upside down and his father missing, he’s not immediately worried. But a cryptic message and ...
ABOUT THIS AUDIOBOOK
$20
ISBN: 9780739362266
Unabridged Download 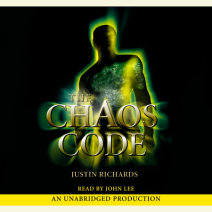 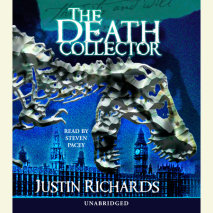 The Death Collector
Author: Justin Richards | Narrator: Steven Pacey
Release Date: May 23, 2006
The foggy streets of Victorian London are thick with thieves. But when Eddie “Dipper” Hopkins steals George Archer’s wallet, he has no idea that he is entering a dark world of grave robbers, assassins, and zombies.Because George Arc...
ABOUT THIS AUDIOBOOK
$17
ISBN: 9780739335406
Unabridged Download 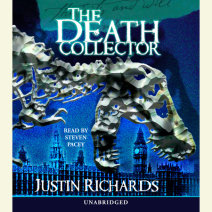