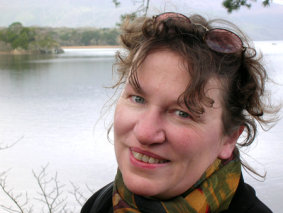 Siobhan Dowd
From the author:

Born of Irish parents, the youngest of four girls, I was raised in a South London suburb. Despite the red buses and red post boxes, Ireland was bred in the bone. We were brought up as Irish-Catholic, went to Catholic schools with other Irish-Catholics, and spent our magical childhood summers playing with our Irish cousins in Ireland’s County Waterford. While there, we lived in a remote cottage with no water or electricity. We washed in water collected in rain barrels and read by gaslight.

The four of us used to liken ourselves to the girls in Little Women, which meant I was the spoilt one, Amy–the short straw.

From the age of seven, I scribbled down poems, ghost stories, and mystery stories and completed my first novel at the age of nine. It was about Anne, the daughter of a harried innkeeper in Bethlehem, and very, very holey (yes, that is how I spelt the word). But it fixed my aim to write for a living when I grew up.

By a long and circuitous route, I’ve finally attained this goal. In between going to Oxford University and studying Classics, working to promote human rights for the writers’ association PEN, doing a Master’s degree in the social sciences, and living on both sides of the Atlantic (I worked for PEN American Centre in New York City between 1990 and 1997), I was always writing something. I wrote diaries, letters, entertainments for my nieces’ and nephews’ birthdays, as well as hundreds of nonfiction articles and reviews for newspapers and magazines. In a secret drawer, I kept a gargantuan adult manuscript-in-progress: I rewrote it four times before putting it aside.

Then I submitted a short story about a young Irish Traveller boy for Skin Deep, an anthology about racism aimed at young adults (Puffin, 2003). What joy when it was accepted! Encouraged, I wrote A Swift Pure Cry in three intensive months in the autumn of 2004.

The story was inspired by two shocking events that occurred in Ireland in 1984. The first was the tragic death of Anne Lovett, aged 15. Unable to seek help when she fell pregnant, she died of exposure and haemorrhaging while trying to give birth on her own in a grotto to the Virgin Mary in the village of Granard, County Longford. Her child also died. Members of her community pleaded in their own defence that they had been unaware of her predicament.

The second case was that of ‘the Kerry Babies.’ A baby boy was found with multiple stab wounds, abandoned on a beach out on County Kerry’s Dingle Peninsula. The Gardai accused Joanne Hayes, a woman in her 20s who was known to have been pregnant out of wedlock, of having murdered him. She said she had buried her own baby boy, who had died, in a local field. I won’t describe here the bizarre train of events that unfolded, but the result was an independent tribunal and a nationwide furore. To date, the murderer of the stabbed baby boy and his parentage remain a mystery.

Perhaps it was a haunting sense of something unresolved in these tragedies that impelled me to write A Swift Pure Cry. Certainly, the story seemed to write itself. Shell Talent and her (completely fictional) story of loss and discovery must have been germinating in the back of my brain for 20 years.

Today, every day I don’t write feels like a lost day. I never believe that a story will be finished until I’ve typed the last period. And it is always a miracle if I get it down before being run over by a juggernaut.

The calm beauty of Oxford, where I live, and a kind, witty husband prevent me from being so doom-laden that I can’t write at all. I’m currently halfway through my fourth novel . . . and I’m being very careful crossing the road.
Read More +
2 results   page 1 of 1   view sort by 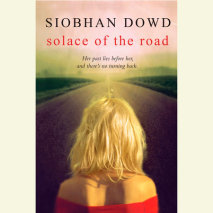 audio
Solace of the Road
Author: Siobhan Dowd | Narrator: Sile Bermingham
Release Date: October 13, 2009
Holly’s story will leave a lasting impression on all who travel with her.Memories of mum are the only thing that make Holly Hogan happy. She hates her foster family with their too-nice ways and their false sympathy. And she hates her life, her ...
ABOUT THIS AUDIOBOOK
$17
ISBN: 9780739385906
Unabridged Download 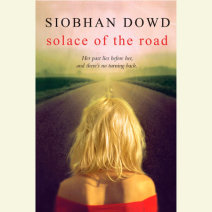 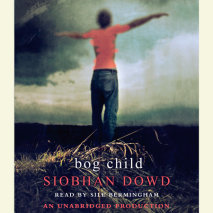 audio
Bog Child
Author: Siobhan Dowd | Narrator: Sile Bermingham
Release Date: July 14, 2009
DIGGING FOR PEAT in the mountain with his Uncle Tally, Fergus finds the body of a child, and it looks like she’s been murdered. As Fergus tries to make sense of the mad world around him—his brother on hunger-strike in prison, his growing ...
ABOUT THIS AUDIOBOOK
$19.50
ISBN: 9780739385395
Unabridged Download 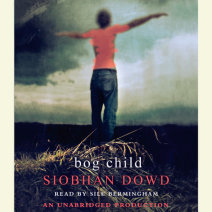