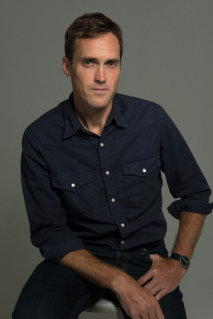 Tom Vanderbilt
TOM VANDERBILT has written for many publications, including The New York Times Magazine, The Wall Street Journal Magazine, Popular Science, Financial Times, Smithsonian, and London Review of Books, among many others. He is a contributing editor of Wired UK, Outside, and Artforum. He is author of You May Also Like: Taste in an Age of Endless Choice, Traffic: Why We Drive the Way We Do (and What It Says About Us), and Survival City: Adventures Among the Ruins of Atomic America. He has appeared on a wide range of television and radio programs, from the Today show to the BBC's World Service to NPR's Fresh Air. He has been a visiting scholar at NYU's Rudin Center for Transportation Policy and Management, a research fellow at the Canadian Centre for Architecture, a fellow at the Design Trust for Public Space, and a winner of the Warhol Foundation Arts Writers Grant, among other honors. He lives in Brooklyn, New York.
Read More +
3 results   page 1 of 1   view sort by 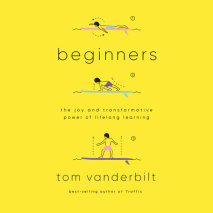 audio
Beginners
Author: Tom Vanderbilt | Narrator: Tom Vanderbilt
Release Date: January 05, 2021
An insightful, joyful tour of the transformative powers of starting something new, no matter your age—from the bestselling author of Traffic and You May Also Like“Vanderbilt elegantly and persuasively tackles one of the most pernicious of...
ABOUT THIS AUDIOBOOK
$17.50
ISBN: 9780593292211
Unabridged Download 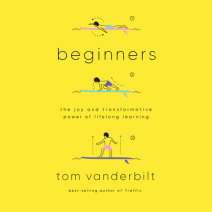 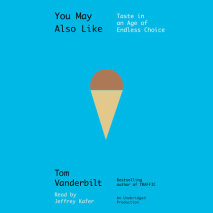 audio
You May Also Like
Author: Tom Vanderbilt | Narrator: Jeffrey Kafer
Release Date: May 10, 2016
Why do we get so embarrassed when a colleague wears the same shirt? Why do we eat the same thing for breakfast every day, but seek out novelty at lunch and dinner? How has streaming changed the way Netflix makes recommendations? Why do people think t...
ABOUT THIS AUDIOBOOK
$20
ISBN: 9780399567674
Unabridged Download 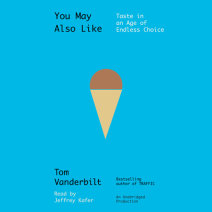 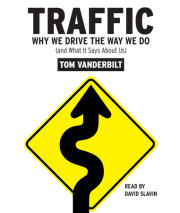 audio
Traffic
Author: Tom Vanderbilt | Narrator: David Slavin
Release Date: July 29, 2008
Driving is a fact of life. We are all spending more and more time on the road, and traffic is an issue we face everyday. This audiobook will make you think about it in a whole new light.We have always had a passion for cars and driving. Now Traffic o...
ABOUT THIS AUDIOBOOK
$22.50
ISBN: 9781415956090
Abridged DownloadUnabridged Download 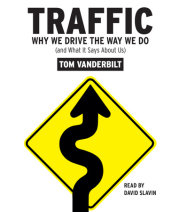