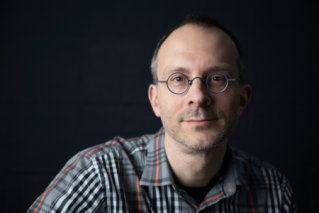 Tim Harford is an award-winning journalist, economist, and broadcaster. He's the author of the bestselling The Undercover Economist, The Undercover Economist Strikes Back, Messy, Fifty Inventions That Shaped the Modern Economy, Adapt, and The Logic of Life. Harford is currently a senior columnist at the Financial Times and host of the BBC Radio 4 program More or Less. He has been named Economics Commentator of the Year (2014), won the Rybczynski Prize (2014–2015) for the best business-relevant economics writing, and won the Bastiat Prize for economic journalism (2006). He's a visiting fellow of Nuffield College at the University of Oxford and lives in Oxford with his family. 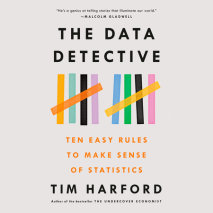 audio
The Data Detective
Author: Tim Harford | Narrator: Tim Harford
Release Date: February 02, 2021
From “one of the great (greatest?) contemporary popular writers on economics” (Tyler Cowen) comes a smart, lively, and encouraging rethinking of how to use statistics. Today we think statistics are the enemy, numbers used to mislead and c...
ABOUT THIS AUDIOBOOK
$20
ISBN: 9780593288795
Unabridged Download 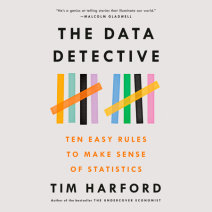 audio
Fifty Inventions That Shaped the Modern Economy
Author: Tim Harford | Narrator: Roger Davis
Release Date: August 29, 2017
A lively history seen through the fifty inventions that shaped it most profoundly, by the bestselling author of The Undercover Economist and Messy.   Who thought up paper money? What was the secret element that made the Gutenberg ...
ABOUT THIS AUDIOBOOK
$20
ISBN: 9781524776909
Unabridged Download

audio
Messy
Author: Tim Harford | Narrator: Nicholas Guy Smith
Release Date: October 04, 2016
“Utterly fascinating. Tim Harford shows that if you want to be creative and resilient, you need a little more disorder in your world.” —Adam Grant, New York Times-bestselling author of Originals and Give and Take“Engrossing.&r...
ABOUT THIS AUDIOBOOK
$20
ISBN: 9781524702403
Unabridged Download 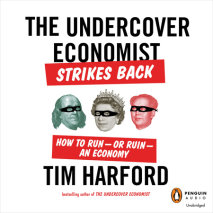 The Undercover Economist Strikes Back
Author: Tim Harford | Narrator: Cameron Stewart and Gavin Osborne
Release Date: January 16, 2014
A provocative and lively exploration of the increasingly important world of macroeconomics, by the author of the bestselling The Undercover Economist.Thanks to the worldwide financial upheaval, economics is no longer a topic we can ignore. From polit...
ABOUT THIS AUDIOBOOK
$17.50
ISBN: 9780698151741
Unabridged Download 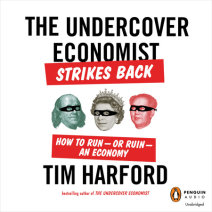 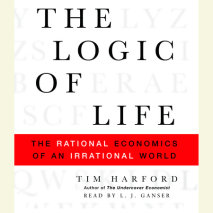 audio
The Logic of Life
Author: Tim Harford | Narrator: L.J. Ganser
Release Date: January 15, 2008
Life sometimes seems illogical. Individuals do strange things: take drugs, have unprotected sex, mug each other. Love seems irrational, and so does divorce. On a larger scale, life seems no fairer or easier to fathom: Why do some neighborhoods thrive...
ABOUT THIS AUDIOBOOK
$20
ISBN: 9781415947890
Abridged DownloadUnabridged Download 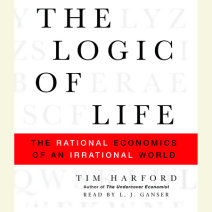