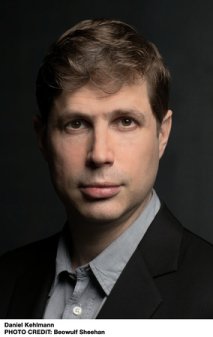 DANIEL KEHLMANN’s works have won the Candide Prize, the Hölderlin Prize, the Kleist Prize, the Welt Literature Prize, and the Thomas Mann Prize. He was a fellow at the Dorothy and Lewis B. Cullman Center for Scholars and Writers at the New York Public Library in 2016–17. Measuring the World has been translated into more than forty languages. 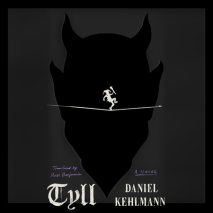 audio
Tyll
Author: Daniel Kehlmann | Narrator: Firdous Bamji
Release Date: February 11, 2020
From the internationally best-selling author of You Should Have Left, Measuring the World, and F, a transfixing retelling of the German myth of Tyll Ulenspiegel: a story about the devastation of war and a beguiling artist’s decision never to di...
ABOUT THIS AUDIOBOOK
$22.50
ISBN: 9780593170298
Unabridged Download 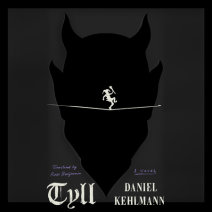 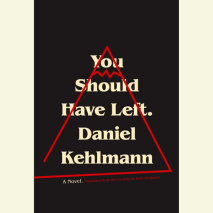 audio
You Should Have Left
Author: Daniel Kehlmann | Narrator: Robertson Dean
Release Date: June 13, 2017
From the internationally best-selling author of Measuring the World and F, an eerie and supernatural tale of a writer's emotional collapse"It is fitting that I'm beginning a new notebook up here. New surroundings and new ideas, a new beginning. Fresh...
ABOUT THIS AUDIOBOOK
$10
ISBN: 9781524783655
Unabridged Download 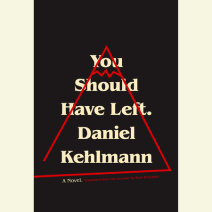 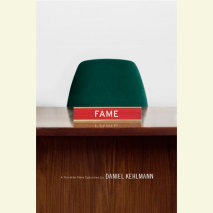 audio
Fame
Author: Daniel Kehlmann | Narrator: George Newbern
Release Date: September 14, 2010
Imagine being famous. Being recognized on the street, adored by people who have never even met you, known the world over. Wouldn’t that be great? But what if, one day, you got stuck in a country where celebrity means nothing, where no one ...
ABOUT THIS AUDIOBOOK
$14
ISBN: 9780307881540
Unabridged Download 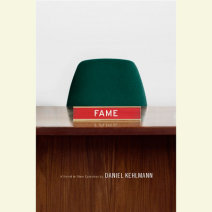