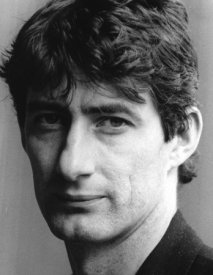 Eoin McNamee
I have been thinking about the transition from writing for adults to writing for children. Transition is probably the wrong word. Change of focus is probably closer–you adjust the lens a little and certain things become clearer, others go out of focus or are cut from the viewfinder. But there is more to it than that. In writing, I've found that a change of direction has a psychic trigger. Sometimes you go looking for the trigger and sometimes it just happens.

I was casting back recently, trying to find out what–apart from the obvious reason of having my own children–had set me on this course. And I realized that it originated in an incident–a ghostly incident if you like from about five years ago.

There's a village called Cong in County Mayo. It's well known as the setting for the John Huston film The Quiet Man. But apart from that, it is a beautiful place beside Lough Corrib, full of woods and old abbeys, underground rivers and lake islands. We went there on holidays as children and spent the summer cycling, fishing, swimming, and exploring from early in the morning until late at night. I loved it.

I remember my first visit. I was exploring the ruins of the abbey on my own when a gang of children appeared from nowhere. They had a football and invited me to join their game. We played into the dusk in the shade of ancient yew trees, bats wheeling overhead. Then, just as suddenly as they had appeared, they ran off laughing into the dark.

When I got back, the locals were puzzled. The children weren't from the village and there was nobody staying nearby that they knew of.

I tried going back to Cong as an adult, but it was a melancholy thing. There were too many memories, too many laughing faces now gone, too many ghosts. It was beautiful but sad.

I decided to give it one more try, this time with my wife and young daughter. I took Kathleen for a walk at the abbey before bed. The light was fading. Kathleen ran across the grass towards the yews and then, as before, a gang of children materialized from nowhere with a football. They beckoned to her and she joined in their game. They played on into the lengthening shadows while I watched from the steps of the abbey. To me, they seemed not just metaphorically but, in reality, to be the same children I had played with all those years ago; their laughing voices ringing out as they had before. And as I stood there I realized that the melancholy I had felt came not from the ghosts of others who were no longer there, but from the ghost that was myself as a child, a ghost who haunted these ancient stones.

As they had done before the children ran off into the darkness. Kathleen came back to me. It seems fanciful to think that they could have been my playmates from the past. All the same something happened in the dusk at Cong abbey. Something that put the man I had become back in touch with the boy that I had been. I knew who he was solitary and watchful. A boy who held himself just a little apart in company. A pale, wary face in the abbey shadows.

He was a reader and alert to other worlds in a way that is not available to an adult, and once I knew him again I could write for him. I don't know about other writers, but I am usually my own ideal reader, and now I knew that reader-man and boy.
Read More +
3 results   page 1 of 1   view sort by 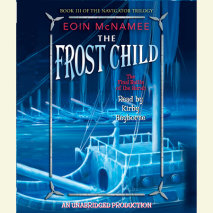 audio
The Frost Child
Author: Eoin McNamee | Narrator: Kirby Heyborne
Release Date: June 09, 2009
The final book in the thrilling Navigator trilogy.Twice the Harsh have tried to destroy time, and twice Owen and the Resisters have banded together to stop them. In City of Time, Owen killed the Harsh king, and now the Harsh are hungry for revenge. T...
ABOUT THIS AUDIOBOOK
$22.50
ISBN: 9780739380390
Unabridged Download 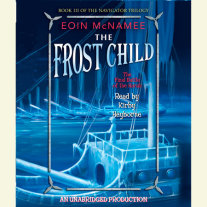 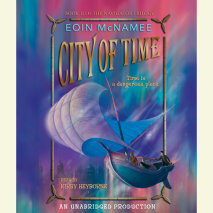 audio
City of Time
Author: Eoin McNamee | Narrator: Kirby Heyborne
Release Date: June 24, 2008
CATI, THE BOLD Watcher readers met in The Navigator, returns from the shadows of time to summon Owen and Dr. Diamond, for time is literally running out. The moon is coming closer to the earth, causing havoc with weather, tides, and other natural cycl...
ABOUT THIS AUDIOBOOK
$22.50
ISBN: 9780739364796
Unabridged Download 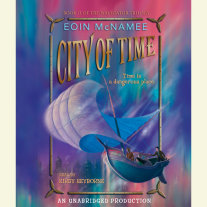 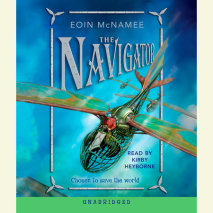 The Navigator
Author: Eoin McNamee | Narrator: Kirby Heyborne
Release Date: January 09, 2007
Owen turned to Cat but she was staring into the woods, her face a mast of fear. Far off, but moving closer, were two figures, both white, both faceless, seeming to glide between the trees. "The Harsh" whispered Cati."They're here.&quo...
ABOUT THIS AUDIOBOOK
$18.50
ISBN: 9780739339503
Unabridged Download 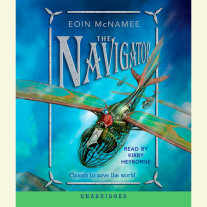