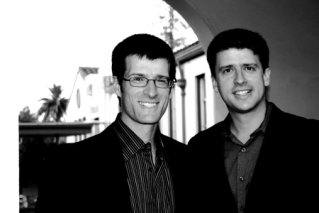 Dan Heath is a senior fellow at Duke University’s CASE center, which supports entrepreneurs fighting for social good. He lives in Durham, North Carolina. Dan and his brother Chip have written three New York Times bestselling books: Made to Stick, Switch, and Decisive. Their books have sold over two million copies worldwide and have been translated into thirty-three languages, including Thai, Arabic, and Lithuanian. Their most recent book is The Power of Moments. 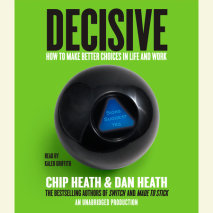 audio
Decisive
Author: Chip Heath and Dan Heath | Narrator: Kaleo Griffith
Release Date: March 26, 2013
Chip and Dan Heath, the bestselling authors of Switch and Made to Stick, tackle one of the most critical topics in our work and personal lives: how to make better decisions.    Research in psychology has revealed that our decisi...
ABOUT THIS AUDIOBOOK
$20
ISBN: 9780449011126
Unabridged Download 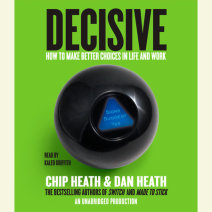 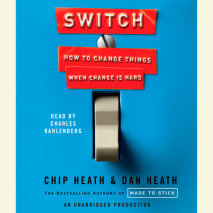 audio
Switch
Author: Chip Heath and Dan Heath | Narrator: Charles Kahlenberg
Release Date: February 16, 2010
Why is it so hard to make lasting changes in our companies, in our communities, and in our own lives?The primary obstacle is a conflict that's built into our brains, say Chip and Dan Heath, authors of the critically acclaimed bestseller Made to Stick...
ABOUT THIS AUDIOBOOK
$17.50
ISBN: 9780739376973
Unabridged Download 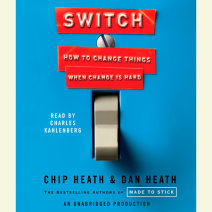 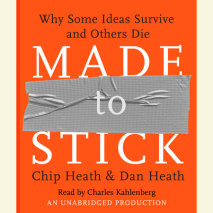 audio
Made to Stick
Author: Chip Heath and Dan Heath | Narrator: Charles Kahlenberg
Release Date: January 09, 2007
NEW YORK TIMES BESTSELLER • The instant classic about why some ideas thrive, why others die, and how to make your ideas stick.“Anyone interested in influencing others—to buy, to vote, to learn, to diet, to give to charity or to ...
ABOUT THIS AUDIOBOOK
$15
ISBN: 9780739341353
7 Unabridged CDsUnabridged Download 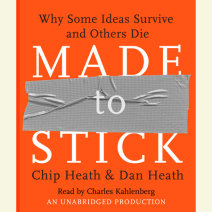