Tim Scott graduated from Cambridge University, England, and went on to write and appear on BBC Radio 4 in around 50 comedy half hours before being given his own late night comedy television series on the ITV network. The author of a number of children's books, he also wrote for children's television, and in 2003 won a BAFTA for cowriting and directing a children's series, Ripley and Scuff, for the BBC. 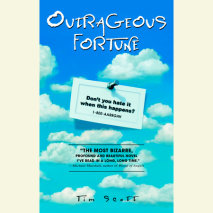 Outrageous Fortune
Author: Tim Scott | Narrator: Kirby Heyborne
Release Date: May 29, 2007
In this outrageously funny, outrageously inventive debut, one of the most outrageously talented new writers to break onto the sci-fi scene in decades asks the most loaded question of all . . . “Don’t you hate it when this happens?&...
ABOUT THIS AUDIOBOOK
$19.98
ISBN: 9780739343098
Unabridged Download 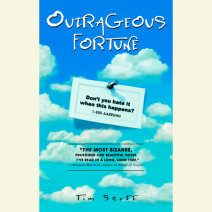