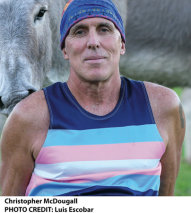 CHRISTOPHER McDOUGALL covered wars in Rwanda and Angola as a foreign correspondent for the Associated Press before writing his best-selling book Born to Run. His fascination with the limits of human potential led him to create the Outside magazine web series, Art of the Hero. He currently lives with his wife, two daughters, and a farmyard menagerie in Lancaster County, Pennsylvania. 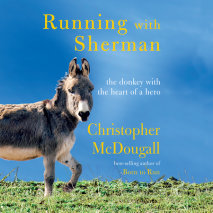 audio
Running with Sherman
Author: Christopher McDougall | Narrator: Christopher McDougall
Release Date: October 15, 2019
"A delight, full of heart and hijinks and humor . . . McDougall is a gifted storyteller who gets to the heart of the human-animal connection." --John Grogan, author of Marley & Me: Life and Love with the World's Worst DogFrom the best-sellin...
ABOUT THIS AUDIOBOOK
$22.50
ISBN: 9781524778774
Unabridged Download 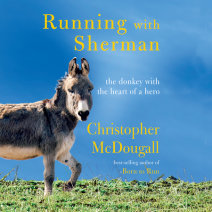 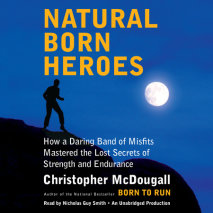 audio
Natural Born Heroes
Author: Christopher McDougall | Narrator: Nicholas Guy Smith
Release Date: April 14, 2015
The best-selling author of Born to Run now travels to the Mediterranean, where he discovers that the secrets of ancient Greek heroes are still alive and well on the island of Crete, and ready to be unleashed in the muscles and minds of...
ABOUT THIS AUDIOBOOK
$22.50
ISBN: 9780804194150
Unabridged Download 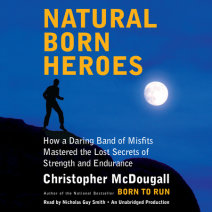 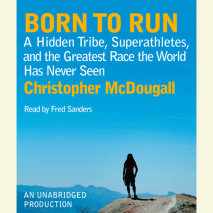 audio
Born to Run
Author: Christopher McDougall | Narrator: Fred Sanders
Release Date: May 05, 2009
Full of incredible characters, amazing athletic achievements, cutting-edge science, and, most of all, pure inspiration, Born to Run is an epic adventure that began with one simple question: Why does my foot hurt? In search of an answer, Christopher M...
ABOUT THIS AUDIOBOOK
$20
ISBN: 9780739383735
Unabridged Download 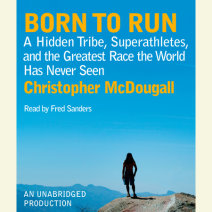