Timothy L. O’Brien is the executive editor at the Huffington Post, where he edited the 2012 Pulitzer Prize–winning series about severely wounded war veterans, “Beyond the Battlefield.” Prior to joining the Huffington Post he was a reporter and editor at The New York Times, where helped oversee “The Reckoning,” a series about the financial crisis that was a Pulitzer Prize finalist in 2009. A graduate of Georgetown University, he holds three master's degrees—in U.S. History, Business, and Journalism—from Columbia University. He lives in Montclair, New Jersey, with his wife and two children. 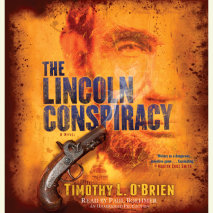 audio
The Lincoln Conspiracy
Author: Timothy L. O'Brien | Narrator: Paul Boehmer
Release Date: September 18, 2012
A nation shattered by its president’s murder Two diaries that reveal the true scope of an American conspiracy A detective determined to bring the truth to light, no matter what it costs him   From award-winning journalist Timothy L. O&rsqu...
ABOUT THIS AUDIOBOOK
$20
ISBN: 9780449012130
Unabridged Download 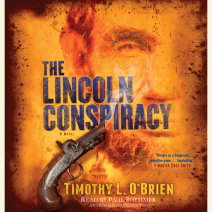