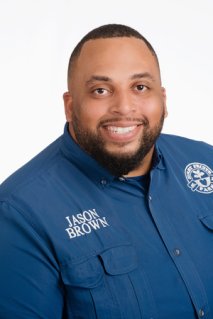 Jason Brown grew up in Henderson, North Carolina. He went on to attend the University of North Carolina, where he played both guard and tackle before moving to center. He never missed a game. He was drafted in the fourth round by the Baltimore Ravens in 2005. Brown became a free agent in 2009 and was signed by the St. Louis Rams for $37.5 million, making him the highest-paid center in the league. He was again a free agent three years later, but rather than signing a new contract, Brown left the NFL and bought a 1,000-acre farm nearly Louisburg, North Carolina. Brown has been farming full-time since 2013, and he gives nearly everything that he grows (mostly sweet potatoes) to the poor. He and his wife, Tay, have been married since 2003 and have eight children. 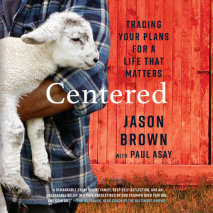 audio
Centered
Author: Jason Brown and Paul Asay | Narrator: Jason Brown
Release Date: February 09, 2021
This riveting story of a top-earning NFL center and his family who walked away from it all to follow God's call to alleviate hunger as farmers—a life they knew absolutely nothing about—illustrates the sacrifice and ultimate reward of obed...
ABOUT THIS AUDIOBOOK
$17.50
ISBN: 9780593345115
Unabridged Download 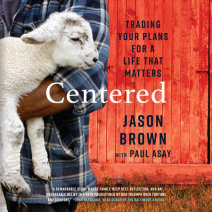