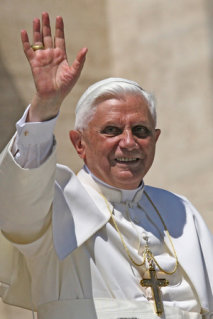 On April 19, 2005, Cardinal Joseph Ratzinger was elected Pope Benedict XVI and became the 264th successor to Peter as the "Vicar of Jesus Christ." He may well be the most accomplished theologian to be elected Pope in modern times. Beginning in 1981 he spent more than 20 years as the Prefect of the Congregation for the Doctrine of the Faith, a role often depicted as the “defender of the faith.” Cardinal Ratzinger was also President of the Pontifical Biblical Commission and of the Preparatory Commission that codified the new Catechism of the Catholic Church, published in 1994. 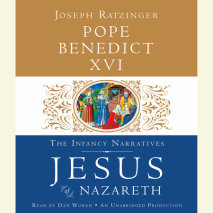 audio
Jesus of Nazareth
Author: Pope Benedict XVI | Narrator: Dan Woren
Release Date: November 28, 2012
The New York Times bestselling final volume in the Pope’s Jesus of Nazareth series, detailing how the stories of Jesus’ infancy and childhood are as relevant today as they were two thousand years ago. In 2007, Joseph Ratzinger publis...
ABOUT THIS AUDIOBOOK
$15
ISBN: 9780804126540
Unabridged Download 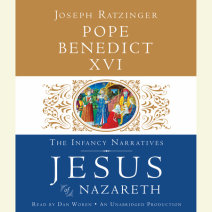 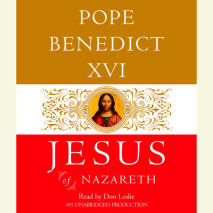 audio
Jesus of Nazareth
Author: Pope Benedict XVI | Narrator: Don Leslie
Release Date: May 15, 2007
“This book is . . . my personal search ‘for the face of the Lord.’” –Benedict XVIIn this bold, momentous work, the Pope––in his first book written as Benedict XVI––seeks to salvage the person of J...
ABOUT THIS AUDIOBOOK
$22.50
ISBN: 9780739356982
Unabridged Download 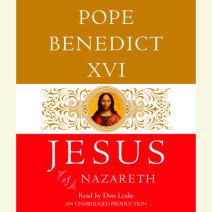