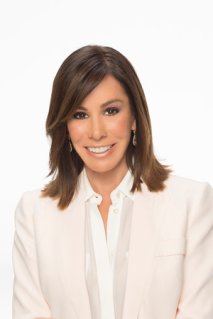 MELISSA RIVERS was born in New York City and grew up in Los Angeles. She graduated from the University of Pennsylvania with a degree in European history. Melissa’s extensive television background includes working as a features reporter for CBS This Morning; being a regular contributor to MTV’s Hanging with MTV; serving as a television host and producer for the E! network and as a host for TV Guide Channel’s event programming; and, most recently, as a contestant on The Celebrity Apprentice. She lives in Los Angeles with her son, Cooper. 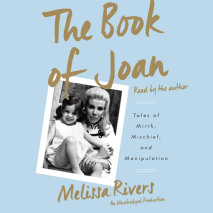 audio
The Book of Joan
Author: Melissa Rivers | Narrator: Melissa Rivers
Release Date: May 05, 2015
Joan Rivers was known all over the world—from the Palace Theater to Buckingham Palace, from the bright lights of Las Vegas to the footlights of Broadway, from the days of talkies to hosting talk shows. But there was only one person who knew Joa...
ABOUT THIS AUDIOBOOK
$15
ISBN: 9781101923351
Unabridged Download 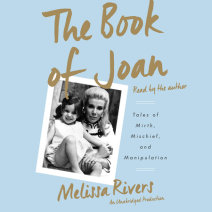