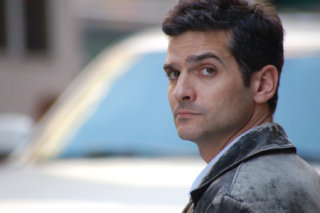 David Levien, author of Thirteen Million Dollar Pop, Where the Dead Lay, City of the Sun, and Signature Kill, has been nominated for the Edgar, Hammett, and Shamus awards. He is also a screenwriter and director, including co-director of Solitary Man (2009) starring Michael Douglas. He lives in Connecticut. 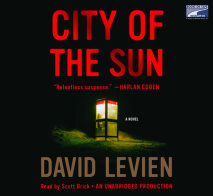 audio
City of the Sun
Author: David Levien | Narrator: Scott Brick
Release Date: February 26, 2008
Jamie Gabriel gets on his bike before dawn to deliver newspapers in his suburban Indianapolis neighborhood. He is twelve years old. Somewhere en route, he vanishes without a trace.Fourteen months later, Paul and Carol Gabriel are on the verge of aban...
ABOUT THIS AUDIOBOOK
$20
ISBN: 9781415945544
Unabridged Download 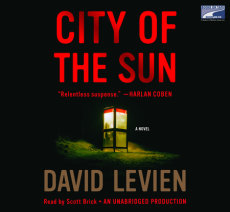