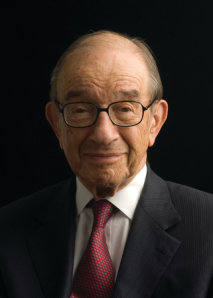 Alan Greenspan was born in 1926 and reared in the Washington Heights neighborhood of New York City. After studying the clarinet at Juilliard and working as a professional musician, he earned his BA, MA, and PhD in economics from New York University. In 1954, he cofounded the economic consulting firm Townsend-Greenspan & Company. From 1974 to 1977, he served as chair of the Council of Economic Advisors under President Gerald Ford. In 1987, President Ronald Reagan appointed him chairman of the Federal Reserve Board, a position Greenspan held until his retirement in 2006. He is the author of the #1 New York Times bestseller The Age of Turbulence. 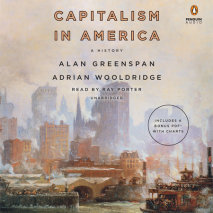 audio
Capitalism in America
Author: Adrian Wooldridge and Alan Greenspan | Narrator: Ray Porter
Release Date: October 16, 2018
From the legendary former Fed Chairman and the acclaimed Economistwriter and historian, the full, epic story of America's evolution from a small patchwork of threadbare colonies to the most powerful engine of wealth and innovation the world has ...
ABOUT THIS AUDIOBOOK
$25
ISBN: 9780525635659
Unabridged Download 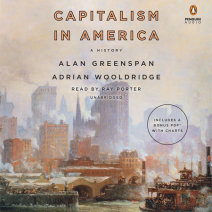 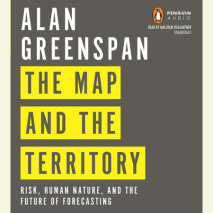 The Map and the Territory
Author: Alan Greenspan | Narrator: Malcolm Hillgartner
Release Date: October 22, 2013
From the bestselling author of The Age of Turbulence and Capitalism in America Like all of us, though few so visibly, Alan Greenspan was forced by the financial crisis of 2008 to question some fundamental assumptions about risk management and economi...
ABOUT THIS AUDIOBOOK
$20
ISBN: 9780698135741
Unabridged Download 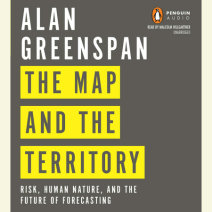 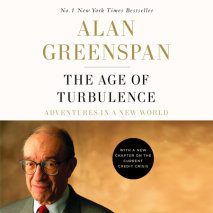 The Age of Turbulence
Author: Alan Greenspan | Narrator: Robertson Dean
Release Date: September 17, 2007
The Age of Turbulence is Alan Greenspan’s incomparable reckoning with the contemporary financial world, channeled through his own experiences working in the command room of the global economy longer and with greater effect than any other s...
ABOUT THIS AUDIOBOOK
$30
ISBN: 9781429586436
Unabridged DownloadAbridged Download 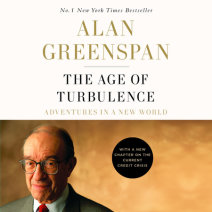