Patrick J. Buchanan was a senior adviser to three American presidents; ran twice for the Republican presidential nomination, in 1992 and 1996; and was the Reform Party candidate in 2000. The author of more than a dozen books, including the bestsellers Right from the Beginning; A Republic, Not an Empire; The Death of the West; State of Emergency; and Day of Reckoning, Buchanan is a syndicated columnist and founding member of three of America's foremost public affairs shows: NBC's The McLaughlin Group and CNN's The Capital Gang and Crossfire. 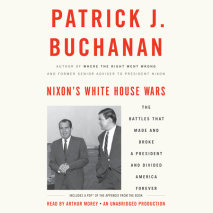 audio
Nixon's White House Wars
Author: Patrick J. Buchanan | Narrator: Arthur Morey
Release Date: May 09, 2017
From Vietnam to the Southern Strategy, from the opening of China to the scandal of Watergate, Pat Buchanan—speechwriter and senior adviser to President Nixon—tells the untold story of Nixon’s embattled White House, from its historic...
ABOUT THIS AUDIOBOOK
$25
ISBN: 9781524722760
Unabridged Download 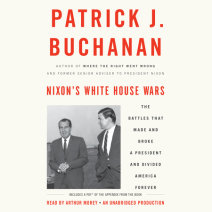 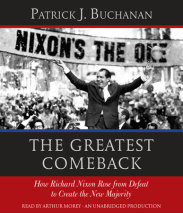 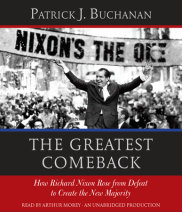 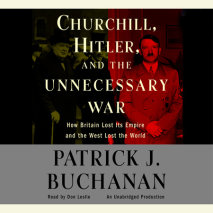 audio
Churchill, Hitler and "The Unnecessary War"
Author: Patrick J. Buchanan | Narrator: Don Leslie
Release Date: May 27, 2008
Were World Wars I and II–which can now be seen as a thirty-year paroxysm of slaughter and destruction–inevitable? Were they necessary wars? Were the bloodiest and most devastating conflicts ever suffered by mankind fated by forces beyond ...
ABOUT THIS AUDIOBOOK
$25
ISBN: 9781415954812
Unabridged Download
"> 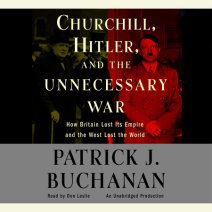