Raffi Yessayan is the author of 2 in the Hat. He spent 11 years as an assistant district attorney in Boston. Within two years of becoming a prosecutor he was named to the Gang Unit, ultimately becoming its chief. In 2014, he was appointed and unanimously approved as a justice of the Massachusetts Superior Court. He and his wife live in Massachusetts. His first novel is 8 in the Box. 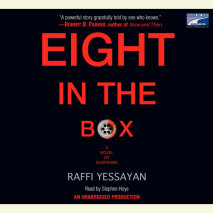 audio
Eight in the Box
Author: Raffi Yessayan | Narrator: Stephen Hoye
Release Date: June 24, 2008
They call him the Blood Bath Killer -- a man who has now killed two Boston women by sneaking into their homes, filling the bathtub with their blood, and making off with their bodies. And everything suggests that he's poised to strike again. Out to st...
ABOUT THIS AUDIOBOOK
$17.50
ISBN: 9781415954089
Abridged DownloadUnabridged Download 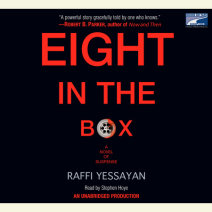