Lawrence Hill is the author of several novels, including Someone Knows My Name, which won the Commonwealth Writers' Prize and the Rogers Writers' Trust Fiction Prize. It was also nominated in the United States for the Huston Wright Legacy Award. In 2015, Hill was appointed to the Order of Canada "for his contributions as an author and activist who tells the stories of Canada's black community and of women and girls in Africa." A graduate of the Writing Seminars at the Johns Hopkins University in Baltimore, he lives in Ontario, Canada. 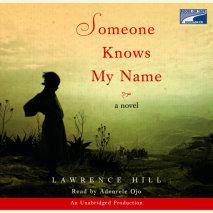 Someone Knows My Name
Author: Lawrence Hill | Narrator: Adenrele Ojo
Release Date: December 04, 2007
Aminata Diallo (“an amazing literary creation,” Literary Review of Canada) is the beguil­ing heroine of Lawrence Hill’s SOMEONE KNOWS MY NAME. In it, Hill exquisitely imagines the tale of an eighteenth-century woman’s lif...
ABOUT THIS AUDIOBOOK
$25
ISBN: 9781415945926
Unabridged Download 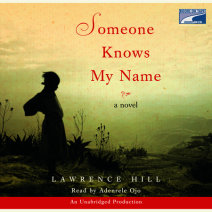