Beginning in fifth grade, DAN POBLOCKI would gather his friends after school, frightening them with tales of ghosts, monsters, and spooky places.  When his mother began to receive phone calls from neighborhood parents, warning that her son's stories were giving their children nightmares, Dan decided to write the stories down instead. Dan now battles his own neighborhood monsters in Brooklyn, NY. 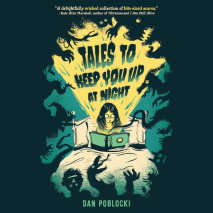 audio
Tales to Keep You Up at Night
Author: Dan Poblocki | Narrator: Keylor Leigh
Release Date: August 16, 2022
From the co-author of the #1 New York Times bestselling series The Magic Misfits comes a spectacularly creepy novel that will keep you up way past bedtime. Perfect for fans of Scary Stories to Tell in the Dark!"Grab a flashlight and a blanket&md...
ABOUT THIS AUDIOBOOK
$18
ISBN: 9780593590263
Unabridged Download 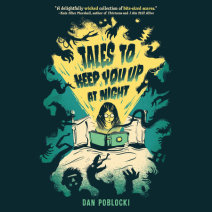