MICHAEL ENNIS taught art history at the University of Texas, developed museum programs as a Rockefeller Foundation Fellow, and worked as an independent curator and consultant. He has won several awards for art criticism, and written for such magazines as Esquire and Architectural Digest and is a regular contributor to Texas Monthly. He is the author of two previous historical novels, Byzantium and The Duchess of Milan. Michael lives in Dallas with his wife, Ellen, a television producer, and their daughter Arielle. The author lives in Dallas, Texas. 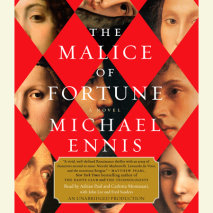 audio
The Malice of Fortune
Author: Michael Ennis | Narrator: John Lee, Fred Sanders, Adrian Paul and Carlotta Montanari
Release Date: September 11, 2012
Against a teeming canvas of Borgia politics, Niccolò Machiavelli and Leonardo da Vinci come together to unmask an enigmatic serial killer, as we learn the secret history behind one of the most controversial works in the western canon, The...
ABOUT THIS AUDIOBOOK
$24
ISBN: 9780449012840
Unabridged Download 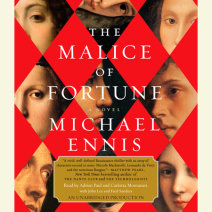