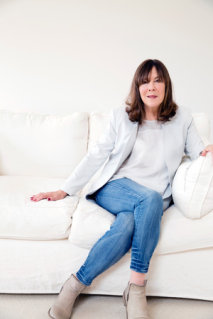 Amy Ephron
Amy Ephron (www.amyephron.com ) is a bestselling author of books for children and adults. The Castle in the Mist, her first book for young readers, was nominated for a SCIBA Award, and was followed by Carnival Magic and The Other Side of the Wall, all part of the Other Side series. Ephron is also the author of several adult books, including A Cup of Tea, which is an international bestseller. Her novel One Sunday Morning received the Booklist Best Fiction and Best Historical Fiction of the Year awards and was a Barnes & Noble Book Club selection. She also writes for TIME magazine and Air Mail Weekly and was a contributor at Vogue, Vogue.com and The New York Times T Magazine. Her work has appeared in numerous other publications as well. She was Executive Producer of Warner Bros.’ A Little Princess. She lives in Los Angeles with her husband. Between them they have five children. You can follow her on Facebook, Twitter and Instagram @AmyEphron.
Read More +
3 results   page 1 of 1   view sort by 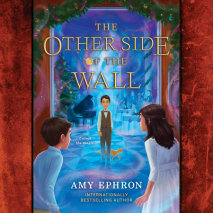 audio
The Other Side of the Wall
Author: Amy Ephron | Narrator: Laraine Newman
Release Date: October 15, 2019
In this new adventure with Tess and Max, internationally bestselling author Amy Ephron takes readers to London at Christmastime, where a new fantastical journey awaits.It's Christmas break and Tess and Max are in London, staying at the posh Sanborn H...
ABOUT THIS AUDIOBOOK
$18
ISBN: 9780593106358
Unabridged Download 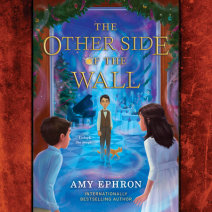 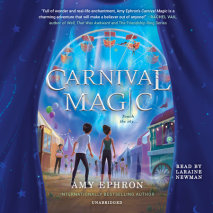 audio
Carnival Magic
Author: Amy Ephron | Narrator: Laraine Newman
Release Date: May 01, 2018
A summer by the seashore turns into a fantastical adventure for Tess & Max in this magical tale filled with excitement, acrobatics, hypnosis, and wonder.Tess and Max are back in England for another summer with their Aunt Evie--this time by the se...
ABOUT THIS AUDIOBOOK
$18
ISBN: 9780525625377
Unabridged Download 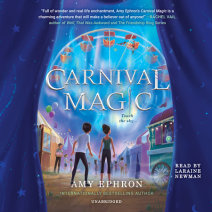 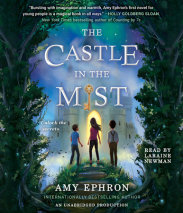 audio
The Castle in the Mist
Author: Amy Ephron | Narrator: Laraine Newman
Release Date: February 07, 2017
In the tradition of Edward Eager and E.L. Konigsburg, a novel about the excitement—and the dangers—of wishing.Tess and her brother, Max, are sent for the summer to their aunt’s sleepy village in the English countryside, where excite...
ABOUT THIS AUDIOBOOK
$14
ISBN: 9781524750213
Unabridged Download 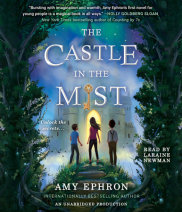