Sean Wilentz is the George Henry Davis 1886 Professor of American History at Princeton University. He is the author of The Rise of American Democracy, which received the coveted Bancroft Prize, and most recently of The Age of Reagan. The historian-in-residence for Bob Dylan’s official We site, he has also received a Deems Taylor Award for musical commentary and a Grammy nomination for his liner notes to Bootleg Series, Vol. 6: Bob Dylan, Live 1964: The Concert at Philharmonic Hall. 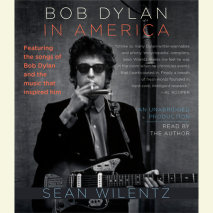 audio
Bob Dylan In America
Author: Sean Wilentz | Narrator: Sean Wilentz
Release Date: September 07, 2010
One of America’s finest historians shows us how Bob Dylan, one of the country’s greatest and most enduring artists, still surprises and moves us after all these years. Growing up in Greenwich Village, Sean Wilentz discov­ered the mus...
ABOUT THIS AUDIOBOOK
$22.50
ISBN: 9780307714985
Unabridged Download 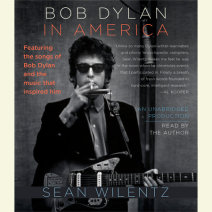