JIM WEBB, the junior senator from Virginia, is an Emmy award–winning journalist and the author of nine books, including the bestselling cultural history Born Fighting and the classic novel of the Vietnam War Fields of Fire, as well as Lost Soldiers, The Emperor's General, and three other novels. As a Marine in Vietnam, he received the nation's second- and third-highest awards for combat heroism. He served as Assistant Secretary of Defense and Secretary of the Navy during the Reagan administration. 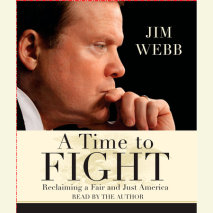 audio
A Time to Fight
Author: Jim Webb | Narrator: Jim Webb
Release Date: May 19, 2008
“I’m the only person in the history of Virginia elected to statewide office with a Union card, two Purple Hearts, and three tattoos."Jim Webb—the bestselling author and now the celebrated, outspoken U.S. Senator from Virginia—...
ABOUT THIS AUDIOBOOK
$20
ISBN: 9781415950333
Abridged DownloadUnabridged Download 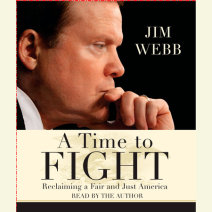