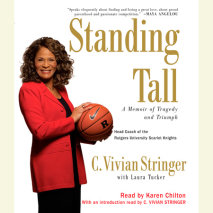 Standing Tall
Author: Laura Tucker and C. Vivian Stringer | Narrator: Vivian Stringer and Karen Chilton
Release Date: March 04, 2008
“Lots of people have dreams, but C. Vivian Stringer is the dream—a coalminer’s daughter who believed when her Poppa told her there was no obstacle she could not surmount. And she lives that dream, teaching others to rise up to meet ...
ABOUT THIS AUDIOBOOK
$20
ISBN: 9781415949931
Abridged DownloadUnabridged Download 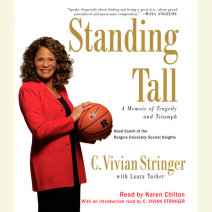