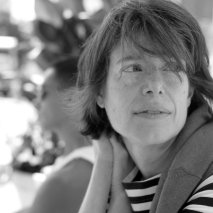 A former Wall Street Journal reporter, Susan Faludi won the Pulitzer Prize in 1991 for explanatory journalism and the National Book Critics’ Circle award for Backlash. She is the author of Stiffed: The Betrayal of the American Man, which was published in 1999, and has written for many publications, including The New Yorker, The Nation, Newsweek, and the New York Times. 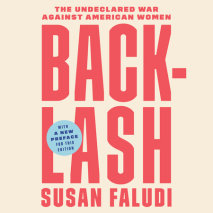 audio
Backlash
Author: Susan Faludi | Narrator: Maggi-Meg Reed
Release Date: April 07, 2020
A new edition of the feminist classic, with an all-new introduction exploring the role of backlash in the 2016 election and laying out a path forward for 2020 and beyondWinner of the National Book Critics Circle Award • “Enraging, enl...
ABOUT THIS AUDIOBOOK
$30
ISBN: 9780593213629
Unabridged Download 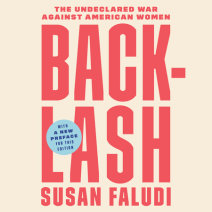