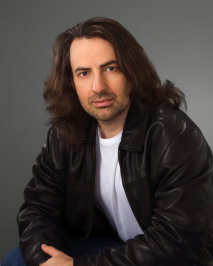 A martial arts enthusiast whose résumé includes a long list of skills rendered obsolete at least two hundred years ago, #1 New York Times bestselling author Jim Butcher turned to writing as a career because anything else probably would have driven him insane. He lives mostly inside his own head so that he can write down the conversation of his imaginary friends, but his head can generally be found in the Rocky Mountains of Colorado. Jim is the author of the Dresden Files, the Codex Alera novels, and the Cinder Spires series, which began with The Aeronaut’s Windlass. 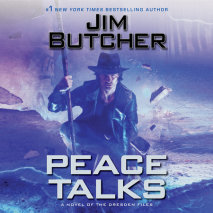 Peace Talks
Author: Jim Butcher
Release Date: July 14, 2020
HARRY DRESDEN IS BACK AND READY FOR ACTION, in the new entry in the #1 New York Times bestselling Dresden Files. When the Supernatural nations of the world meet up to negotiate an end to ongoing hostilities, Harry Dresden, Chicago's only professiona...
ABOUT THIS AUDIOBOOK
$25
ISBN: 9780593290705
Unabridged Download 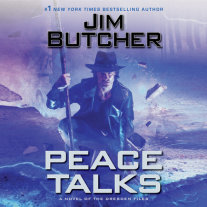 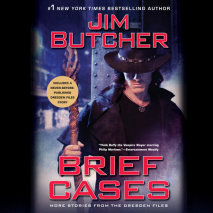 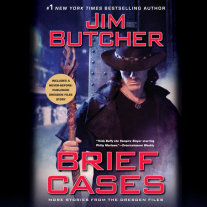 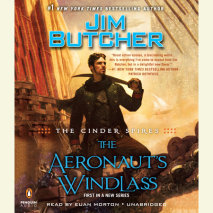 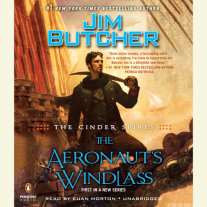 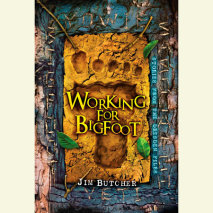 audio
Working for Bigfoot
Author: Jim Butcher | Narrator: James Marsters
Release Date: July 21, 2015
Chicago wizard-for-hire Harry Dresden is used to mysterious clients with long hair and legs up to here. But when it turns out the long hair covers every square inch of his latest client's body, and the legs contribute to a nine-foot height, even the ...
ABOUT THIS AUDIOBOOK
$15
ISBN: 9780399565595
Unabridged Download 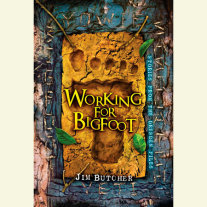 audio
Ghost Story
Author: Jim Butcher | Narrator: James Marsters
Release Date: April 21, 2015
Chicago wizard Harry Dresden gets a taste of the dead life in this novel in the #1 New York Times bestselling series.In his life, Harry’s been shot, stabbed, sliced, beaten, burned, crushed, and tortured. And after someone puts a bullet through...
ABOUT THIS AUDIOBOOK
$25
ISBN: 9780147520456
Unabridged Download 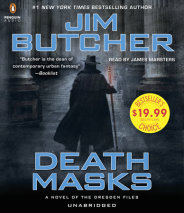 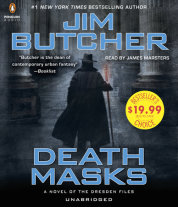 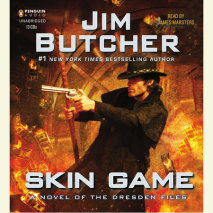 Skin Game
Author: Jim Butcher | Narrator: James Marsters
Release Date: May 27, 2014
Chicago’s only professional wizard is about to have a very bad day in the latest novel in the #1 New York Times bestselling Dresden Files...As Winter Knight to the Queen of Air and Darkness, Harry Dresden never knows what the scheming...
ABOUT THIS AUDIOBOOK
$25
ISBN: 9780698175969
Unabridged Download 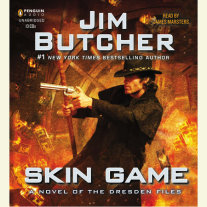 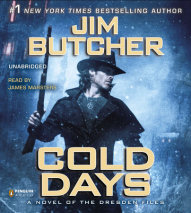 Cold Days
Author: Jim Butcher | Narrator: James Marsters
Release Date: November 27, 2012
HARRY DRESDEN LIVES!!!   After being murdered by a mystery assailant, navigating his way through the realm between life and death, and being brought back to the mortal world, Harry realizes that maybe death wasn’t all that bad. Because he ...
ABOUT THIS AUDIOBOOK
$27.50
ISBN: 9781101617038
Unabridged Download 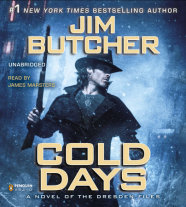 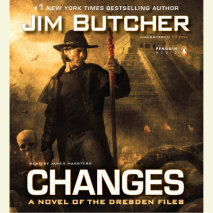 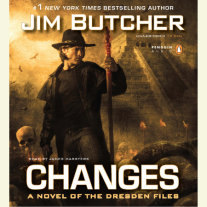 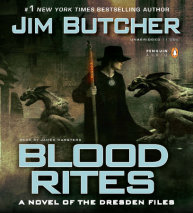 Blood Rites
Author: Jim Butcher | Narrator: James Marsters
Release Date: April 15, 2010
In this novel in the #1 New York Times bestselling Dresden Files, Chicago's only professional wizard takes on a case for a vampire and becomes the prime suspect in a series of ghastly murders.Harry Dresden has had worse assignments than going underco...
ABOUT THIS AUDIOBOOK
$22.50
ISBN: 9781101222294
Unabridged Download 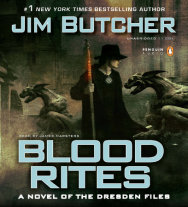