Born to an Iraqi-Jewish family, Joseph Braude studied Near-Eastern Languages at Yale, and Arabic and Islamic History at Princeton. He is fluent in Arabic, Persian, and Hebrew, and has lived, studied, and worked in most Middle Eastern capitals. As a journalist, his work has appeared in Best Life, Playboy, and The New Republic, among other publications. He lives in New York. 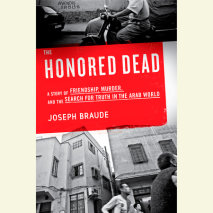 audio
The Honored Dead
Author: Joseph Braude | Narrator: Benson Simmonds
Release Date: June 14, 2011
The Arab Islamic world is known for religious extremism, ethnic conflicts, and, now, the overthrow of seemingly unshakable regimes—but if anything has become clear, it’s that our understanding of the region remains shrouded and incomplete...
ABOUT THIS AUDIOBOOK
$22.50
ISBN: 9780307939883
Unabridged Download 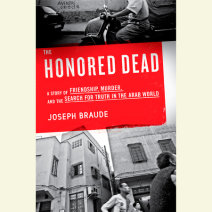