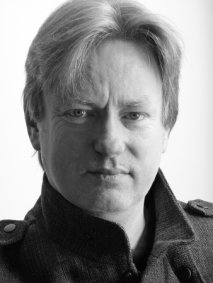 Michel Faber has written seven other books, including the highly acclaimed The Crimson Petal and the White, The Fahrenheit Twins and the Whitbread-shortlisted novel Under the Skin. The Apple, based on characters in The Crimson Petal and the White, was published in 2006. He has also written two novellas, The Hundred and Ninety-Nine Steps and The Courage Consort, and has won several short-story awards, including the Neil Gunn, Ian St James and Macallan. Born in Holland, brought up in Australia, he lives in the Scottish Highlands. 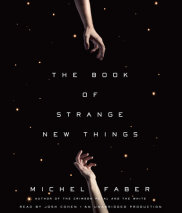 audio
The Book of Strange New Things
Author: Michel Faber | Narrator: Josh Cohen
Release Date: October 28, 2014
A monumental, genre-defying novel that David Mitchell calls "Michel Faber’s second masterpiece," The Book of Strange New Things is a masterwork from a writer in full command of his many talents. It begins with Peter, a devoted man of faith, as ...
ABOUT THIS AUDIOBOOK
$27.50
ISBN: 9780553546224
Unabridged Download 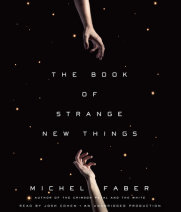