Jane Fonda is an Oscar- and Emmy-winning actress and highly successful producer. She revolutionized the fitness industry with the Jane Fonda Workout in 1982 and has sold more than seventeen million copies of her fitness-focused books, videos, and recordings. She is involved with several causes and is the founder of both the Georgia Campaign for Adolescent Pregnancy Prevention and the Jane Fonda Center at Emory University. She is the author of the #1 New York Times bestseller My Life So Far, and she received a Tony nomination in 2009 for her role in 33 Variations. She lives in Los Angeles. 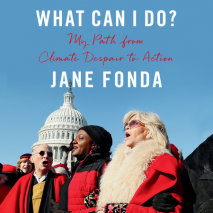 What Can I Do?
Author: Jane Fonda
Release Date: July 28, 2020
A call to action from Jane Fonda, one of the most inspiring activists of our time, urging us to wake up to the looming disaster of climate change and equipping us with the tools we need to join her in protest"This is the last possible moment in histo...
ABOUT THIS AUDIOBOOK
$20
ISBN: 9780593293027
Unabridged Download 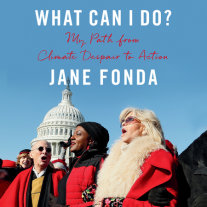 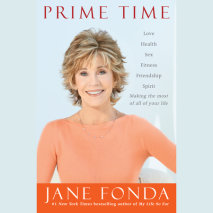 audio
Prime Time
Author: Jane Fonda | Narrator: Jane Fonda
Release Date: August 09, 2011
In this inspiring and candid book, Jane Fonda, #1 bestselling author, actress, and workout pioneer, gives us a blueprint for living well and for making the most of life, especially the second half of it. Covering sex, love, food, fitness, self-unders...
ABOUT THIS AUDIOBOOK
$22.50
ISBN: 9780307934147
Unabridged Download 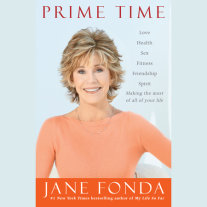 audio
My Life So Far
Author: Jane Fonda | Narrator: Jane Fonda
Release Date: April 05, 2005
She is one of the most recognizable women of our time. America knows Jane Fonda as an actress and an activist, a feminist and a wife, a workout guru and a role model. Now, in this extraordinary memoir, Fonda reveals that she is so much more. From her...
ABOUT THIS AUDIOBOOK
$37.50
ISBN: 9781415939949
Abridged DownloadUnabridged Download