Anne Frank was born in 1929 in Germany. Her family moved to Amsterdam in 1933, and she died in the Bergen-Belsen concentration camp in 1945. Her diary, published as The Diary of a Young Girl, which documents her life in hiding from 1942 to 1944, is one of the world's most widely known books and has been the basis for several plays and films. 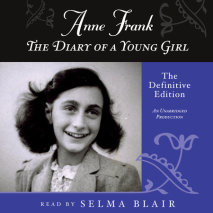 audio
Anne Frank: The Diary of a Young Girl
Author: Anne Frank | Narrator: Selma Blair
Release Date: May 25, 2010
THE DEFINITIVE EDITION • Discovered in the attic in which she spent the last years of her life, Anne Frank’s remarkable diary has since become a world classic—a powerful reminder of the horrors of war and an eloquent testament to the...
ABOUT THIS AUDIOBOOK
$24
ISBN: 9780739368152
Unabridged Download 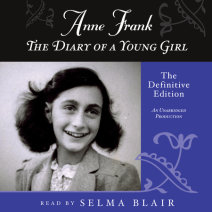 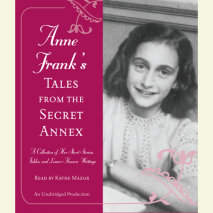 audio
Anne Frank's Tales from the Secret Annex
Author: Anne Frank | Narrator: Kathe Mazur
Release Date: March 23, 2010
The candid, poignant, unforgettable writing of the young girl whose own life story has become an everlasting source of courage and inspiration.Hiding from the Nazis in the “Secret Annex” of an old office building in Amsterdam, a thirteen-...
ABOUT THIS AUDIOBOOK
$15
ISBN: 9780307737823
Unabridged Download 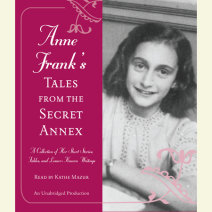