Jon-Jon Goulian was born in 1968 and grew up in La Jolla, California. After attending Columbia College and the New York University School of Law, he worked as a law clerk for a federal judge in North Carolina, and then as an assistant to Robert Silvers of The New York Review of Books. He now lives by himself in South Wardsboro, Vermont, where he spends most of his time gardening. 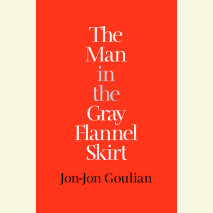 audio
The Man in the Gray Flannel Skirt
Author: Jon-Jon Goulian | Narrator: Rob Shapiro
Release Date: May 17, 2011
The vibrant, funny, and heartwarming story of an outcast who becomes an odd man in If you have ever felt like a misfit in school or been paralyzed by your family’s imposing expectations, if you have ever obsessed about your appearance or p...
ABOUT THIS AUDIOBOOK
$20
ISBN: 9780307876751
Unabridged Download 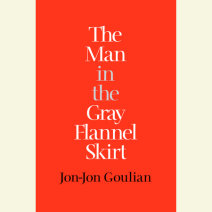