David Frum was born in Toronto in 1960. He graduated from Yale University in 1982 and from Harvard Law School in 1987. His first book, Dead Right, was called "the smartest book written from the inside about the American conservative movement" by The New York Times. His subsequent works include The Right Man, An End to Evil, Comeback, and his first novel, Patriots. He currently lives in Washington DC with his wife and two children. 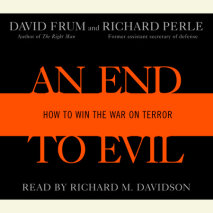 An End to Evil
Author: David Frum and Richard Perle | Narrator: Richard M. Davidson
Release Date: December 30, 2003
An End to Evil charts the agenda for what’s next in the war on terrorism, as articulated by David Frum, former presidential speechwriter and bestselling author of The Right Man, and Richard Perle, former assistant secretary of defense and one o...
ABOUT THIS AUDIOBOOK
$17.50
ISBN: 9781415901519
Abridged DownloadUnabridged Download 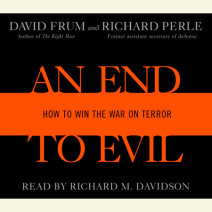