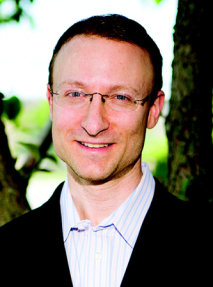 Gregory Zuckerman (www.gregoryzuckerman.com ) is a Special Writer at The Wall Street Journal, a 20-year veteran of the paper and a three-time winner of the Gerald Loeb award -- the highest honor in business journalism. Greg is the author of The Frackers: The Outrageous Inside Story of the New Billionaire Wildcatters, a national bestseller named among the best books of 2014 by The Financial Times and Forbes Magazine, and The Greatest Trade Ever: The Behind-the-Scenes Story of How John Paulson Defied Wall Street and Made Financial History, a New York Times and Wall Street Journal bestseller published December 2010.

A graduate of Brandeis University, Greg lives with his wife and two sons in West Orange, N.J., where they enjoy the Yankees in the summer, root for the Giants in the fall, and reminisce about Linsanity in the winter. Follow him on Twitter @gzuckerman. 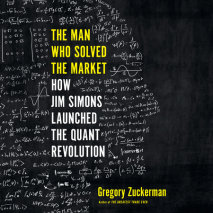 audio
The Man Who Solved the Market
Author: Gregory Zuckerman | Narrator: Will Damron
Release Date: November 05, 2019
NEW YORK TIMES BESTSELLERShortlisted for the Financial Times/McKinsey Business Book of the Year AwardThe perfect gift for the avid reader on your list: the unbelievable story of a secretive mathematician who pioneered the era of the algorit...
ABOUT THIS AUDIOBOOK
$20
ISBN: 9780593148198
Unabridged Download 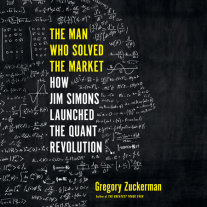 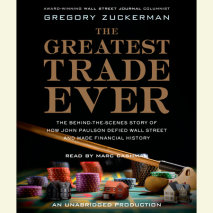 audio
The Greatest Trade Ever
Author: Gregory Zuckerman | Narrator: Marc Cashman
Release Date: November 03, 2009
In 2006, hedge fund manager John Paulson realized something few others suspected--that the housing market and the value of subprime mortgages were grossly inflated and headed for a major fall.  Paulson's background was in mergers and acquisition...
ABOUT THIS AUDIOBOOK
$20
ISBN: 9780307713322
Unabridged Download 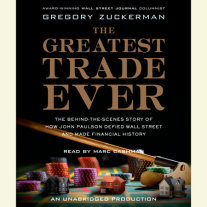