Kelly Osbourne is a television personality, host, fashion designer, singer and actress. She first came to prominence while appearing on the Emmy Award-winning reality series The Osbournes with her family from 2002-2005. Since then, Osbourne co-hosted E!’s hit show Fashion Police and was frequently found on the red carpet as one of E!’s Fashion Correspondents.  She has also appeared on Dancing with the Stars and guest-starred on various other television shows. A collection of M*A*C Cosmetics co-created with her mother, Sharon, debuted in 2014. She has also designed Stories…By Kelly Osbourne, her first ready-to-wear fashion line with sizes from 0-24. Osbourne was also recently a judge on Australia’s Got Talent and can be seen on the judging panel for Project Runway: Junior. 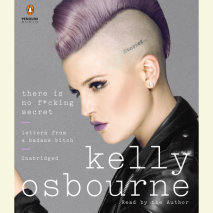 audio
There Is No F*cking Secret
Author: Kelly Osbourne | Narrator: Kelly Osbourne
Release Date: April 25, 2017
People ask Kelly Osbourne all the time: “What’s your secret?”Kelly Osbourne may not always have been a typical role model, but no one can say that her perspective isn’t hard won after spending three decades in the spotlight: f...
ABOUT THIS AUDIOBOOK
$20
ISBN: 9781524750725
Unabridged Download 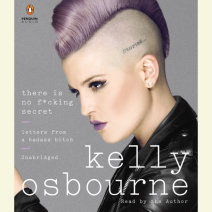