home
x
Subscribe
G. Neri
G. Neri writes street lit, “provocative, edgy stories for reluctant readers,” he says, “especially urban boys, in hopes that these kinds of compelling tales will open minds to reading.” Neri’s books deal with subjects that may make some adults uncomfortable – gangs, drugs, teen violence, and sex – but are issues teens face every day. “I try to show these topics honestly,” says Neri. “So when young people encounter these situations in real life, they might have some knowledge to help them navigate the rough roads ahead. Teens are young adults and need to be treated as such, with honesty and directness.”

A storyteller, filmmaker, artist, and digital media producer, Neri’s taught animation and storytelling to inner city teens in Los Angeles with the ground-breaking group Animaction, which has produced thousands of student-made films dealing with issues like teen violence, gangs, and drugs. He co-directed the documentary Fa’a Samoa which followed a 15-year-old Samoan gangbanger through the mean streets of Los Angeles and was head of production in two successful new media companies whose clients ranged from Disney, Mercedes, and Motorola to Microsoft, Reebok, and General Motors. G. Neri was also one of the founding members of the Truth teen anti-smoking campaign. The author of Surf Mules (Putnam, June 2009), Chess Rumble and the upcoming graphic novel Yummy (due out Fall 2009) currently lives off the Gulf Coast of Florida with his wife and daughter. He spends most of his time in his studio, but also likes to troll the rivers by his house looking for alligators. 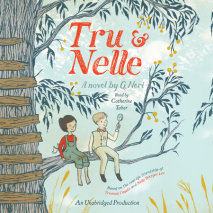 audio
Tru and Nelle
Author: G. Neri | Narrator: Catherine Taber
Release Date: March 01, 2016
Long before they became famous writers, Truman Capote (In Cold Blood) and Harper Lee (To Kill a Mockingbird) were childhood friends in Monroeville, Alabama. This fictionalized account of their time together opens at the beginning of the Great Depress...
ABOUT THIS AUDIOBOOK
$20
ISBN: 9780735207394
Unabridged Download 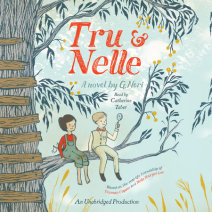 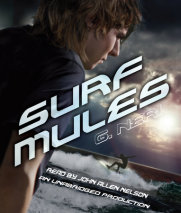 audio
Surf Mules
Author: G. Neri | Narrator: John Allen Nelson
Release Date: June 09, 2009
PMW–Perfect Monster Wave. It could be the answer to all Logan’s problems. He could ride it and figure out what to do about his deadbeat dad, who turned out to be a major loser. He could figure out how to help his mom out of the financial ...
ABOUT THIS AUDIOBOOK
$17
ISBN: 9780739381168
Unabridged Download 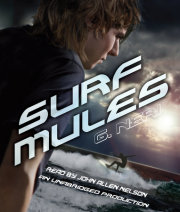