Martha Gellhorn published five novels and seven prize-winning collections of her explosive journalism. Her career spanned several decades: She covered the 1937–38 war in Spain, sent dispatches from the front in World War II and followed the trail of Nazi war criminal Adolf Eichmann, and reported on the conflicts in Vietnam in 1966 and in Israel in 1967. Gellhorn died in 1998 at the age of 89. 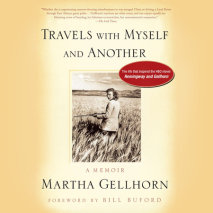 audio
Travels with Myself and Another
Author: Martha Gellhorn | Narrator: Rebecca Lowman
Release Date: May 01, 2018
Including a foreword by Bill Buford, Travels With Myself and Another rediscovers the voice of an extraordinary woman."Martha Gellhorn was so fearless in a male way, and yet utterly capable of making men melt," writes New Yorker literary editor Bill B...
ABOUT THIS AUDIOBOOK
$22.50
ISBN: 9780525643784
Unabridged Download 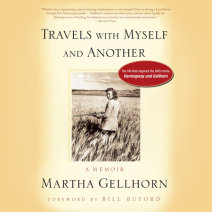