JAMES ATLAS is the author of Bellow: A Biography; Delmore Schwartz: The Life of an American Poet (nominated for the National Book Award); and the memoir My Life in the Middle Ages: A Survivor’s Tale. The founder of the Lipper/Viking Penguin Lives series, Atlas was for many years an editor at The New York Times, first at the book review and later at the magazine. His work has appeared in The New Yorker, The Atlantic, The New York Review of Books, Vanity Fair, and other journals. He lives in New York City. 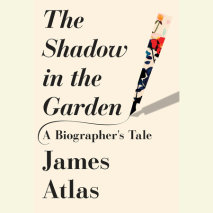 audio
The Shadow in the Garden
Author: James Atlas | Narrator: George Newbern
Release Date: August 29, 2017
The biographer—so often in the shadows, kibitzing, casting doubt, proving facts—comes to the stage in this funny, poignant, endearing tale of how writers’ lives get documented. James Atlas, the celebrated chronicler of Saul Bellow a...
ABOUT THIS AUDIOBOOK
$22.50
ISBN: 9781524783631
Unabridged Download 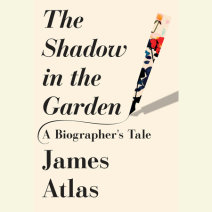