Kahlil Gibran was born in 1883 in Lebanon and died in New York in 1931. His family emigrated to the United States in 1895. In his early teens, the artistry of Gibran's drawings caught the eye of his teachers and he was introduced to the avant-garde Boston artist, photographer, and publisher Fred Holland Day, who encouraged and supported Gibran in his creative endeavors. A publisher used some of Gibran’s drawings for book covers in 1898, and Gibran held his first art exhibition in 1904 in Boston. In 1908, Gibran went to study art with Auguste Rodin in Paris for two years, and he later studied art in Boston. While most of Gibran’s early writing was in Arabic, most of his work published after 1918 was in English. Gibran’s best-known work is The Prophet, a book composed of 28 poetic essays. 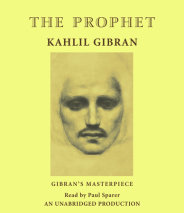 The Prophet
Author: Kahlil Gibran | Narrator: Becky Ann Baker
Release Date: October 03, 2006
Gibran considered The Prophet to be his greatest achievement. First published in 1923, The Prophet has been translated into more than twenty languages, and has become one of the beloved classics of our time. Cherished by millions, the universally ins...
ABOUT THIS AUDIOBOOK
$10
ISBN: 9780739333297
Unabridged Download 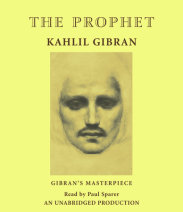