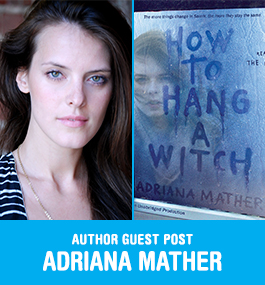 How to Hang a Witch’s Adriana Mather: from researching to narrating her audiobook

I never imagined that I would write How to Hang a Witch or that I would narrate it. In 2013 I broke my arm snowboarding â€“ two plates, 12 screws later and I was couch-bound for two months. This was a no bueno situation for me. Iâ€™m very active, always taking on new projects, and usually bossing someone around (my mother will vouch for this). When I could use my arm again, I found myself in a strange spot â€“ everything in my life was on hold and nothing was demanding my attention. For the first time in forever, I had open space before me.

And in that space, I had an idea for a screenplay. It involved my ancestor Cotton Mather who instigated the Salem witch trials, modern-day Salem, and a mystery with an enigmatic ghost. But when I sat down, the screenplay wasnâ€™t flowing. I decided to start the story in long form to get to know my characters, and I just never stopped writing. 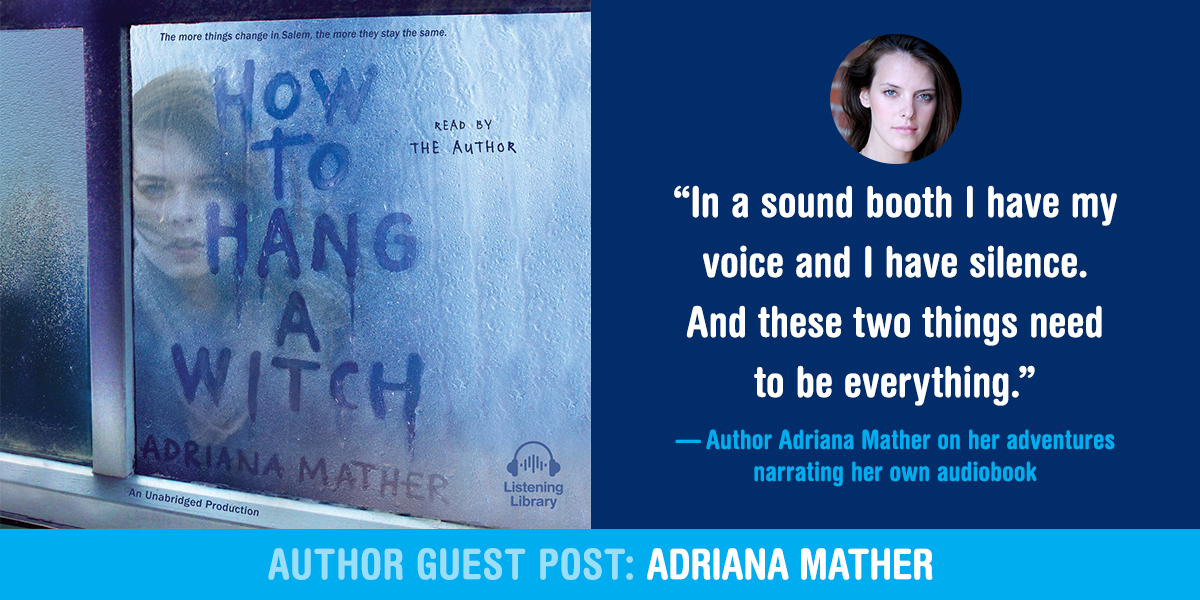 From idea to audiobook, here were some of the discoveries I made along the way:Â

Writing is a bizarre adventure with made up people in your head.
Being an author is like getting to play for a living. I never knew how much fun it could be or how kind everyone is in childrenâ€™s lit. But now that I know, theyâ€™ll never be rid of me. Cue evil cackle.

Researching the Salem witch trials can simultaneously blow your mind and scare you.
I think I could research the Salem witch trials for the next twenty years and still learn new and creepy things. There is just so much richness and complexity there! The best part of the process, though, was visiting Salem. History is woven into the very fabric of the culture there in a way I’ve never seen before. For instance, when Giles Corey was accused of witchcraft in 1692 he refused to plead guilty or not guilty. He was pressed to death over three days and right before he died he supposedly cursed Sheriff Corwin. People say even now that the sheriffs of Salem have always died mysteriously, either of heart attacks or blood disease. Salem is full of tales of historical curses, mysterious murders, and unexplainable happenings. And I (not surprisingly) got myself into all sorts of haunted situations that had me sleeping with the lights on.

Audiobook narrating teaches you that you canâ€™t pronounce â€śuncomfortableâ€ť despite a lifetime of believing otherwise.
I thought I knew how to read out loud until I did it in a sound booth for a week straight, where upon I realized that my tongue was an angry slug that had a vendetta against me. I have a new and profound respect for audiobook narrators. Film acting did not prepare me for what I learned at Listening Library. In film, I have a set, wardrobe, makeup, facial expressions, and other actors to help me bring a story to life. In a sound booth I have my voice and I have silence. And these two things need to be everything. I have to feel each character’s journey, attempt to paint a scene or a mood with inflection, and know when to stop.

I have only just entered the world of writing and narrating books, but I have to say that I cannot wait for my next adventure. 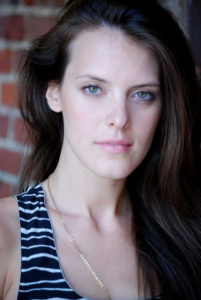 Adriana Mather is the 12th generation of Mathers in America, with family roots stretching back to the first Thanksgiving, the Salem witch trials, the Revolutionary War, and the Titanic. Adriana co-owns Zombot Pictures, a production company that makes feature films. In addition to producing, Adriana is also an actress. She lives in Los Angeles where she has a life full of awesome, cats, and coffee. Follow Adriana on Twitter, @AdrianaMather.

LISTEN TO A CLIP :
HOW TO HANG A WITCH

“A captivating and highly recommended read. Teens will not want this tale to end.”
—School Library Journal

Make sure you catch the behind-the-scenes video with the author, as well as the book trailer!

How to Hang a Witch is also available in hardcover and ebook from Random House Children’s Books.