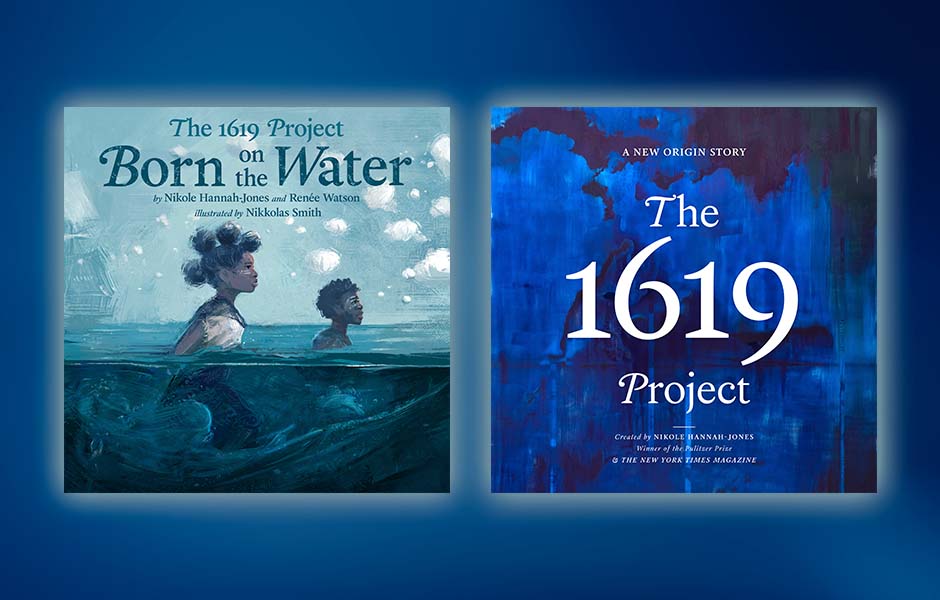 The New York Times Magazine‚Äôs award-winning ‚Äú1619 Project‚Äù issue reframed the understanding of American history by placing slavery and its continuing legacy at the center of our national narrative.

Now The 1619 Project, created by Nikole Hannah-Jones and The New York Times Magazine, is available as a full-cast audiobook read by Nikole Hannah-Jones and a cast that includes 40 (out of 53) of the book’s contributors, along with an additional 14 narrators (see the cast list in its entirety at the bottom of this post). This remarkable audio program was directed by Joseph Grimm, Simone Barros, Kelly Gildea, Joan Sergay, and May Wuthrich.

Listen to a clip from the #1 New York Times bestselling The 1619 Project:

For young readers and listeners, the starred reviews and best-of-the-year mentions are in for The 1619 Project‚Äôs lyrical picture book companion Born on the Water, which chronicles the consequences of slavery and the history of Black resistance in the United States, thoughtfully rendered by Nikole Hannah-Jones and Newbery honor-winning author Ren√©e Watson.

A stunning work, providing a glimpse into the history of the Black experience before and after the slave trade.School Library Journal, starred review
Beginning with the rich cultures of West Africa, the book tells how, after the Middle Passage, Black Americans created a new people in America….Strong poems. Necessary history. Extraordinary art.NPR
Born on the Water isn‚Äôt just a reframing of American history; it reframes how children, especially Black children, are taught their own history.Essence

Listen to a clip from the New York Times bestselling children’s audiobook, Born on the Water: