As big Rick Riordan fans, we’re always looking for another audiobook that will be full of humor, adventure, and a little magic. (Have you listened to all of his books? Not sure? Take a look and see.)

Luckily for us (and you!), there are plenty of fantastical new listens from Rick Riordan Presents; these fun middle-grade stories are based on mythology from around the world that listeners may or may not be familiar with. As Rick Riordan shared on his website, “Over the years, Iā€™ve gotten many questions from my fans about whether I might write about various world mythologies, but in most cases I knew I wasnā€™t the best person to write those books. Much better, I thought, to use my experience and my platform at Disney to put the spotlight on other great writers who are actually from those cultures and know the mythologies* better than I do. Let them tell their own stories, and I would do whatever I could to help those books find a wide audience!”

Not only will younger listeners devour these audiobooks, but adults will, too. They’re perfect for family listening! Check them out: 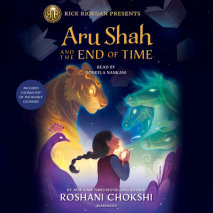 This Hindu-mythology-based adventure is about twelve-year-old Aru Shah. Her mom is off on another archaeological trip, so Aru is spending her school break waiting at the Museum of Ancient Indian Art and Culture. When she lights the museumā€™s cursed Lamp of Bharata, Aru must figure out how to save everyone from the evil gods she unwittingly awakens. 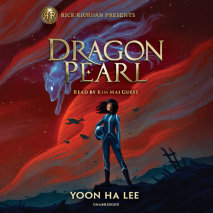 This adventure with the underpinnings of Korean mythology is a space opera about thirteen-year-old Min, who comes from a long line of fox spirits. To keep their family safe, Min’s mother insists that none of them use any fox-magic and appear human at all times. But then, Min’s older brother disappears, supposedly in order to desert his battle cruiser post; it’s something he’d never do. So, Min decides to run away, find him, and clear his name. 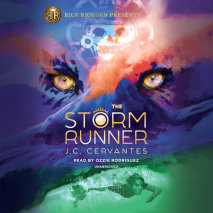 “Zane is a likable, engaging hero, and Rodriguez portrays him with straightforward sincerity that rings true even in this wildly fantastical plot.” —AudioFile

Zane Obispo spends every day exploring the sleeping volcano in his backyard. One day, a mysterious girl named Brooks shows up at Zaneā€™s doorstep to tell him that the volcano is actually a centuries-old prison for the Maya god of death, whose destiny is directly tied to Zaneā€™s. Suddenly, heā€™s thrust into a world of magic, gods, and monsters as he embraces his destiny.