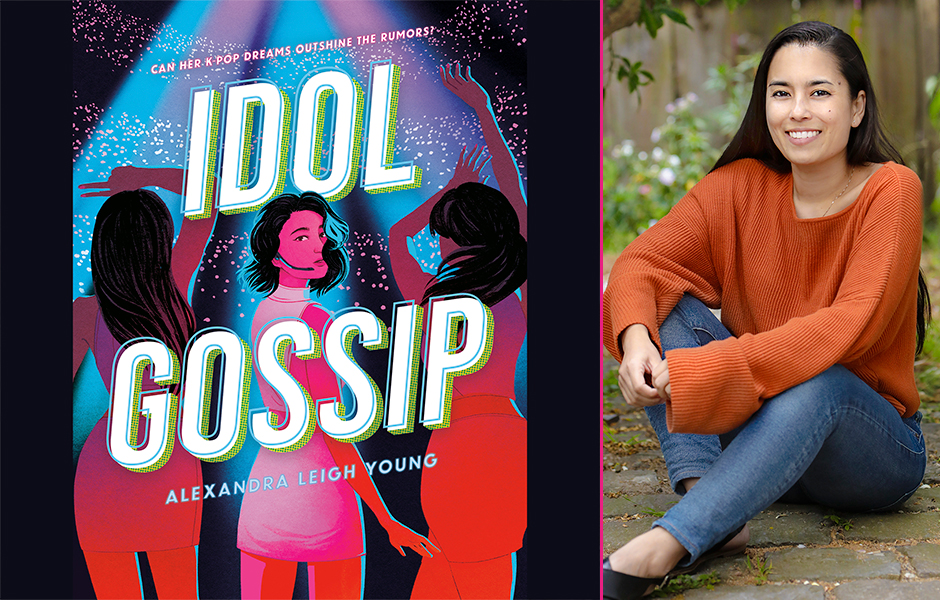 My medium of choice has always been audio. I began playing the flute in third grade, and performed semi-professionally through high school.I toured the country with pop bands in college, produced music for film and TV in my 20â€™s, and now I produce a sound-rich podcast called â€śThe Dailyâ€ť for the New York Times. So when I first considered bringing my love of K-pop to the written page, one of the first things I wondered was, â€śhow in the world am I going to represent the sound of K-pop if I canâ€™t actually use audio?â€ť

The task called for extreme measuresâ€”I had to become a K-pop starâ€¦ sort of.

Much like Alice, Idol Gossipâ€™s protagonist, I had exactly zero dance experience when I began writing, and unlike Alice, I also had zero vocal experience. If I was going to write from the perspective of an idol-in-training, I needed to learn both of those things. This launched me down a years-long YouTube rabbit hole. I began my â€śtrainingâ€ť by watching videos with titles like â€śHip-hop Dance for Beginnersâ€ť and â€śAvoiding Common Mistakes when Singing Duetsâ€ť. Two years later, I was able to control the abduction and adduction of my vocal folds, and could dance along with the choreographer who created BeyoncĂ©â€™s â€śSingle Ladiesâ€ť (not very successfully on either front, I might add).

These videos taught me several key things: I picked up industry terminology so my characters could speak like professionals, and I learned what it feels like to performâ€”the burning sensation in your thighs after 40 minutes of hip-hop choreography, how frustrating it is when you canâ€™t bring your vocal folds together when trying to hit a high noteâ€”all so I could put those feelings into writing.

I also used my â€śtrainingâ€ť to write all the original lyrics in Idol Gossip. For each scene, I started by listening to K-pop for inspiration, and chose one song that encapsulated the mood and energy that I hoped to convey. For instance, A-listâ€™s single was inspired by â€śI am the Best,â€ť by 2NE1, and the song that opens up the book, MSBâ€™s â€śLight up,â€ť was inspired by SHINeeâ€™s â€śDream Girl.â€ť Once I pinpointed the right sound with a real song, I then wrote my own melody in the same style, and lyrics for that melody. It was a long process, and I could have jumped straight to writing lyrics, but I really wanted the written words to convey the right pacing and cadence.

I didnâ€™t realize it at the time, but this process would end up coming in handy when it came time to make the audiobook. I was able to provide Shannon Tyo, the amazing narrator, an entire playlist of inspiration. However, I never sent her the melodies that I wrote, because I loved the idea that she would come up with her own music (she is, after all, a much better singer than I am). And did she ever deliver.

When I heard Shannon singing on the audiobook for the first time, I got emotional. She sang some of the songs, such as â€śLight Up,â€ť almost exactly the way I heard them in my head. Now that Idol Gossip is published, I often wonder how readers hear my lyrics in their head. Do they hear them as music, and if so, what does that music sound like? With the audiobook I got my answer. And with Shannonâ€™s beautiful interpretations, listeners can experience Idol Gossip as K-pop was always intended: sung aloud in full-throated audio.

Listen to a clip from Idol Gossip by Alexandra Leigh Young, narrated by Shannon Tyo! 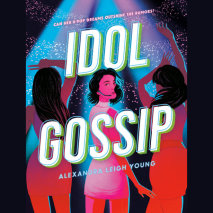 Every Friday after school, Alice Choy and her little sister head to Myeongdong to sing karaoke. One night, a scout for Top10 Entertainment, one of the biggest K-pop companies, hears her and offers her a spot at their Star Academy. Can Alice navigate the culture clashes, egos, and extreme training practices of K-pop to lead her group onstage before a stadium of 50,000 chanting fansâ€”and just maybe strike K-pop gold?